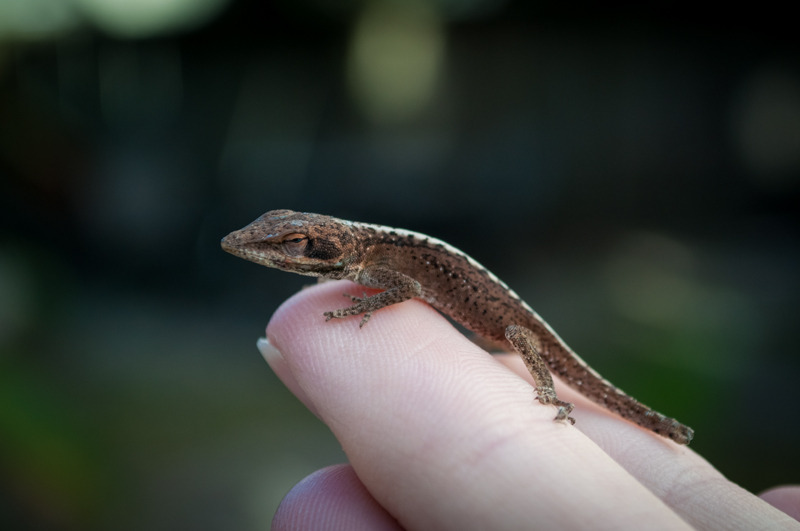 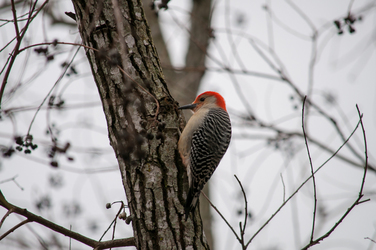 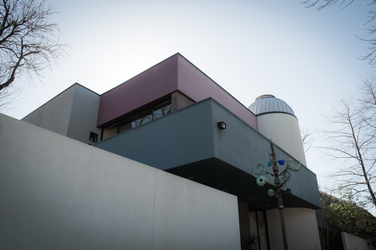 So there's a bit of a story behind this guy.

I first saw him about a week ago, sitting outside my door. He barely moved when I got close, even poked him. He was missing part of his tail and his eye. When he did move he more flailed than anything. My best guess was that he was sick, or injured, and would probably die and I'd never see him again. Following this assumption, I didn't see him again for several days.

Then he was back, outside my door, on Friday, where he has largely remained for the past few days. I'm not sure if something is wrong with him, but at the very least he's extremely docile. He is my new best friend, and he waits outside my door every day.

He doesn't seem to mind being picked up too much, and so pick him up I did. He's so tiny, hope he's able to grow.