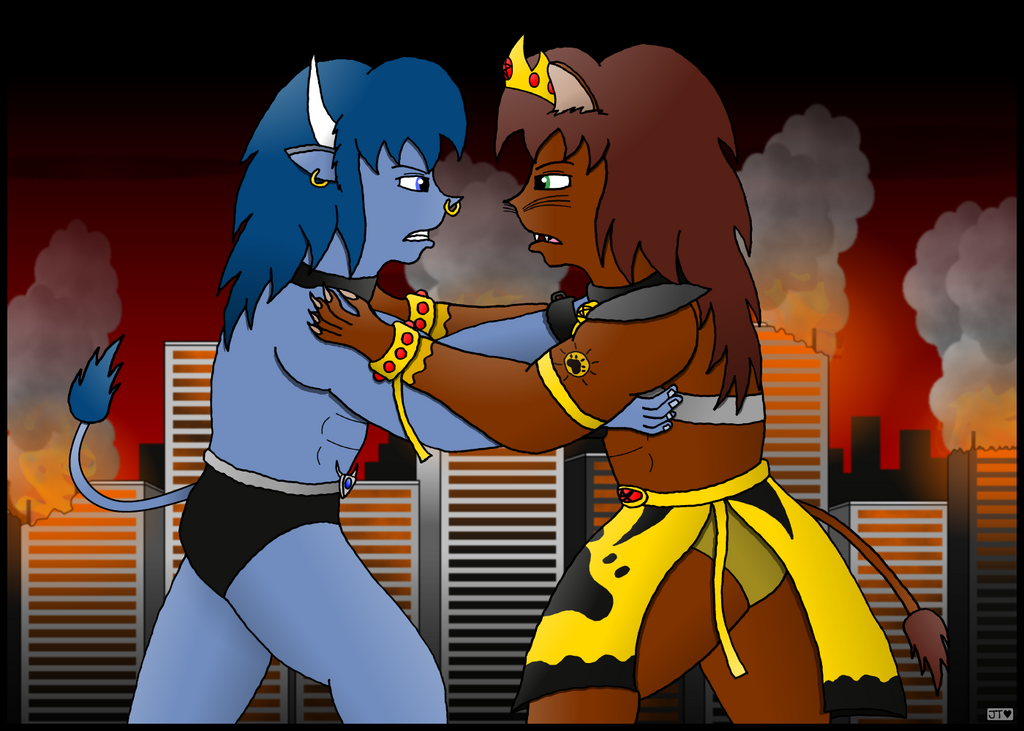 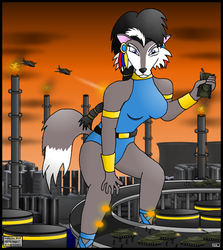 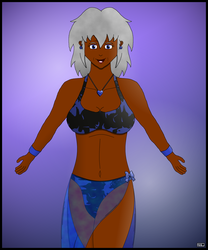 Babe the Big Blue Ox fought ferociously against the lion monarch King Neko. The entire city was in chaos from the two behemoths battling in the heart of downtown. For the tiny humans, it was like the apocalypse.

Then the two giants locked up in a test of strength. It was time to see who was the true King of Beasts.

"Why must you constantly torment the humans?!" Babe angrily demanded the King as they grappled.
"I have friends who are humans! And I will always stand for my friends!"

"Unlike you, I truly know humans! I have seen their treachery and barbarism firsthand. They destroyed my family...my home...my mother...MY LIFE! They call us monsters, you big ox, but it is actually THEY who are the true monsters! This is our world and they will destroy it! They will destroy all of us! They will destroy YOU! And you call them your 'FRIENDS'?! They care for no one! Not even each other!"

"And they certainly won't care about YOU!" King Neko snarled as Babe looked at him in shock and disbelief...