Hey, it's me, Jotie! I am a video gamer Moon Fox whom enjoys... well... Video games! I am just an average everyday thing that likes to hang out with others and lurk around places. If you wish to communicate with me, do not be afraid! I am a pretty friendly fellow and possibly one of the least scary things you can run into! I mean, when was the last time you ran into a creature whom can manipulate gravity and forgets how to gravity once in the blue moon with floating tail rings that no matter how hard you try, you just pull me along?

Also! I like to write stories as a hobby. I promise you that I write them. I just don't normally write that much nor have been working on any lately. Eventually I will feel brave enough to publish some on here!

My favorite food: Anything edible. 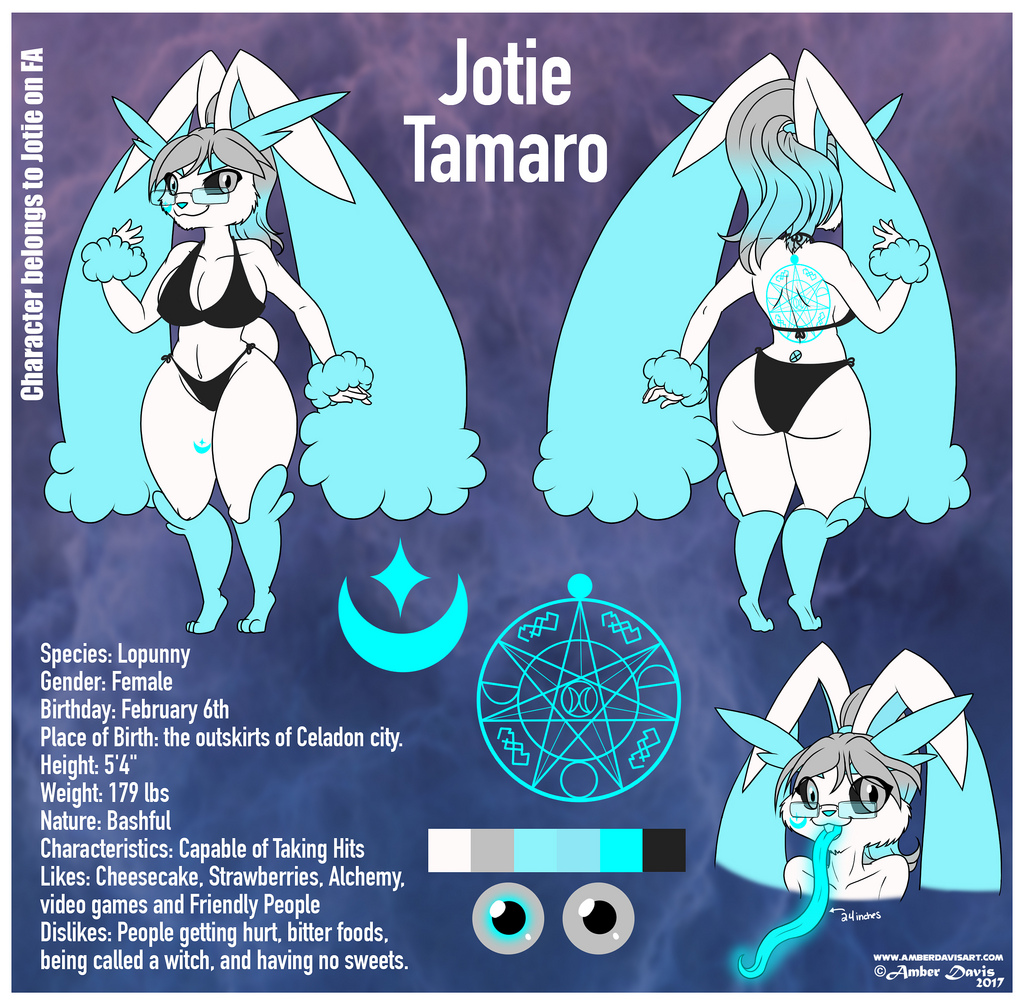 So! I was thinking for a long while... But I figured something about my Sona, Jotie the Vaporeon. She will always and forever will be my sona. My 'other' sona is of course, Jotie the Lunarian. The difference between the two (Other than one is a Pokésona ans the other is a furry sona) is that thd Lunarian will always be a female, and the Vaporeon is a hermaphrodite.

At least that was the original idea.

I do not plan to change Jotie the Lunarian lore-wise. I thought of including a hermaphrodite Lunarian variant, but I like her too much as is.

I love her as a super well-endowed herm! Hell, borderline hyper sometimes! And given to her ability to grow due to her Water Absorb abilities, I figured to deal more when using her other abilities. She simply wouldn't be just a herm... But she can also take in two other genders! A male, and a female as well! This also applies to her feral form as well!

I plan to commission the artist : iconshibeari: more in order to get her other forms drawn out! Starting with her female, then male! Then see about getting a personal feral form of all three too! This though? It will definitely take quite some time!

I plan to work on getting other art I have promised! I am super excited for it! Do be warned though, but I am going to be getting vore-related art. So please be careful on what you click!