A happy tiger, with dark grey fur, grey belly, and light grey stripes. I like me some art, and if you want some, ask me! :D 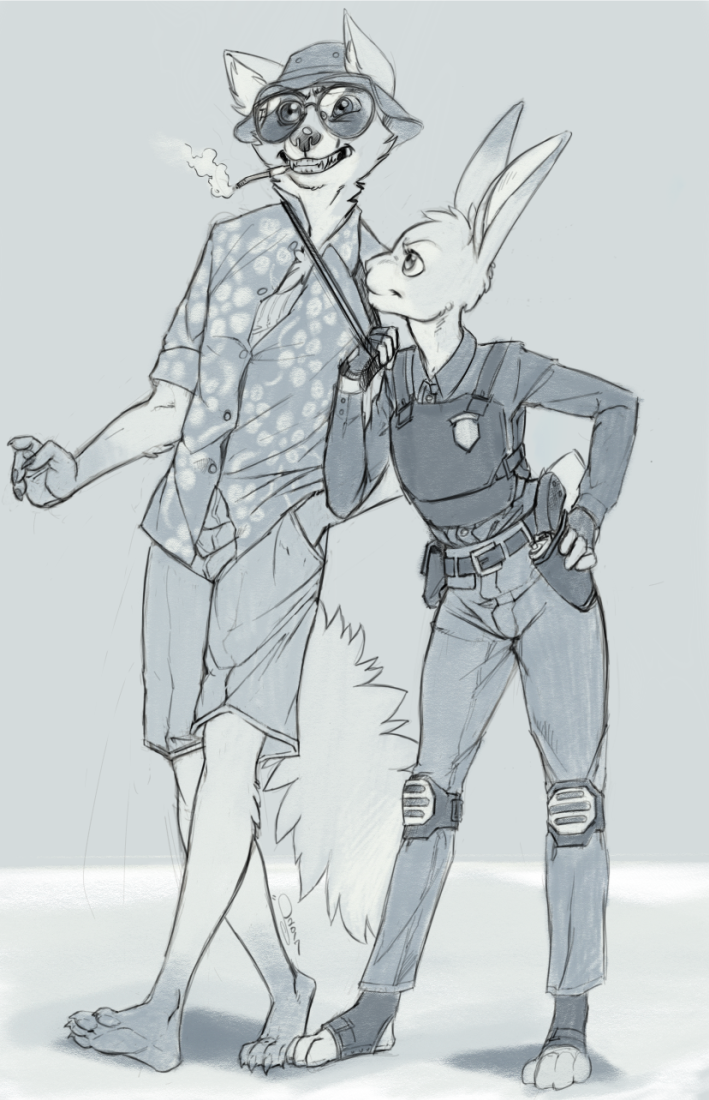 Currently, my tablet is kind of ... dying on me. In the middle of a stream, it just started failing to recognize pen pressure, and I've tried several fixes to get it to work.

It took some time, but I managed to get one picture done, albeit it -VERY SLOWLY-.

Maybe I should just buy a new stylus, but with the rubber face-plate for the sidebar buttons gone and it looking a bit like the surface is falling apart (.. it's an older tablet), I think it's time I invested in a new one.

I'm considering doing a YCH auction to raise funds to get a nice, fairly low-priced replacement, but I want to gauge interest first. Also: I wouldn't mind some suggestions on a good, reliable tablet that would be worth getting. I know everyone buys Wacom stuff, if not Huion, but Wacom is usually rather pricey.

If a YCH for this sort of thing doesn't seem worth it to people, I'll understand, and see about just replacing the pen, if I can. But a new tablet will be necessary, soon, I think.

Anyway, I have a straw poll setup just in case:

Let me know what you think!

ALL QUESTIONS AND COMMISSION INFO SHOULD BE DIRECTED TO jonaspride@gmail.com[/b][/i]

Payment may be made at any time during the commission process, but the full amount MUST BE PAID when both parties deem the image completed, and all services considered fulfilled.

At any time, the commissioner may ask for a preview, at such a time the artist will provide a preview no larger than 700x700, with watermark, of the full image, or a specific area of detail.

Both the commissioner and artist have the right to cancel at any time, with any payments made reimbursed to the commisioner.

The artist has the right deny commission applications if he sees fit to do so. Though not relegated to content, the artist may reject applications based on the content requested. Feel free to ask about content restrictions.

You cannot choose from two different Categories when reserving a Category 1 slot. This will allow the artist to complete works in a reasonable time. If you choose to, you may, at the completion of your commission, reserve a new slot at the bottom of the list, if there is a slot available, for a different Category.