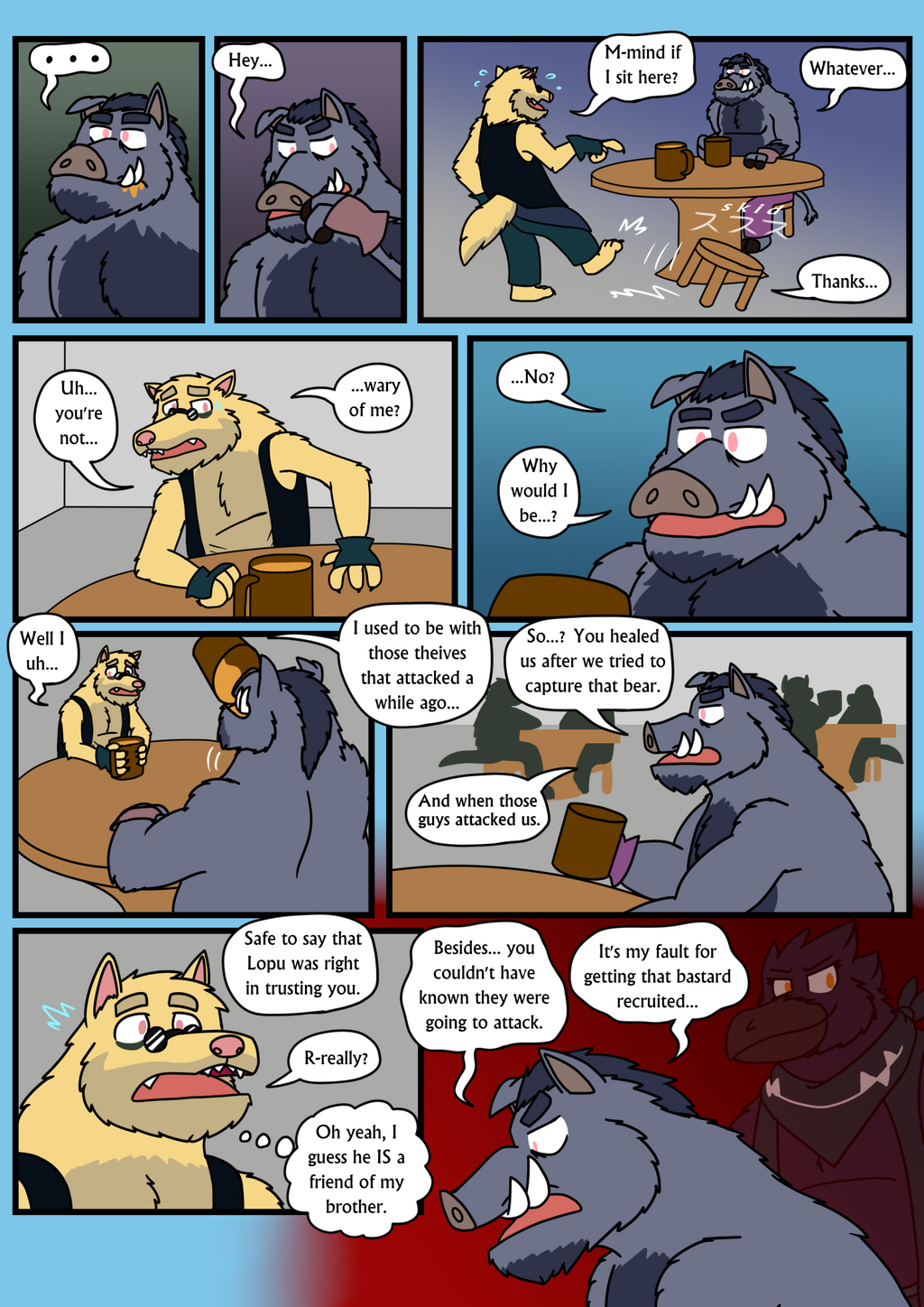 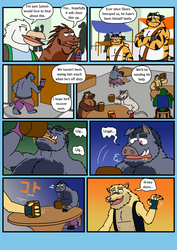 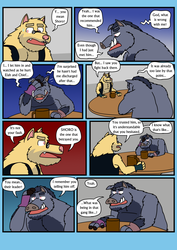 Commentary:
Panel 3 is supposed to be Mako kicking a stool over, as there was no extra one at Jamon's table on the previous page. This could also probably be interpreted as Mako accidently kicking a stool awkwardly while it was already there. Either one works, to be honest.

Kinda wasn't expecting to have Shoro in this chapter, but there he is. I didn't have to think too hard about how he would look in the new style. Interesting that he suddenly has a neck though. Drawing bandannas and necklaces on people feels different in this case.

This is at least the second time that someone had more reason to blame themselves to even be bothered to blame Mako for anything. The first instance I can think of is Lopu, explained in the final scene of chapter 18.