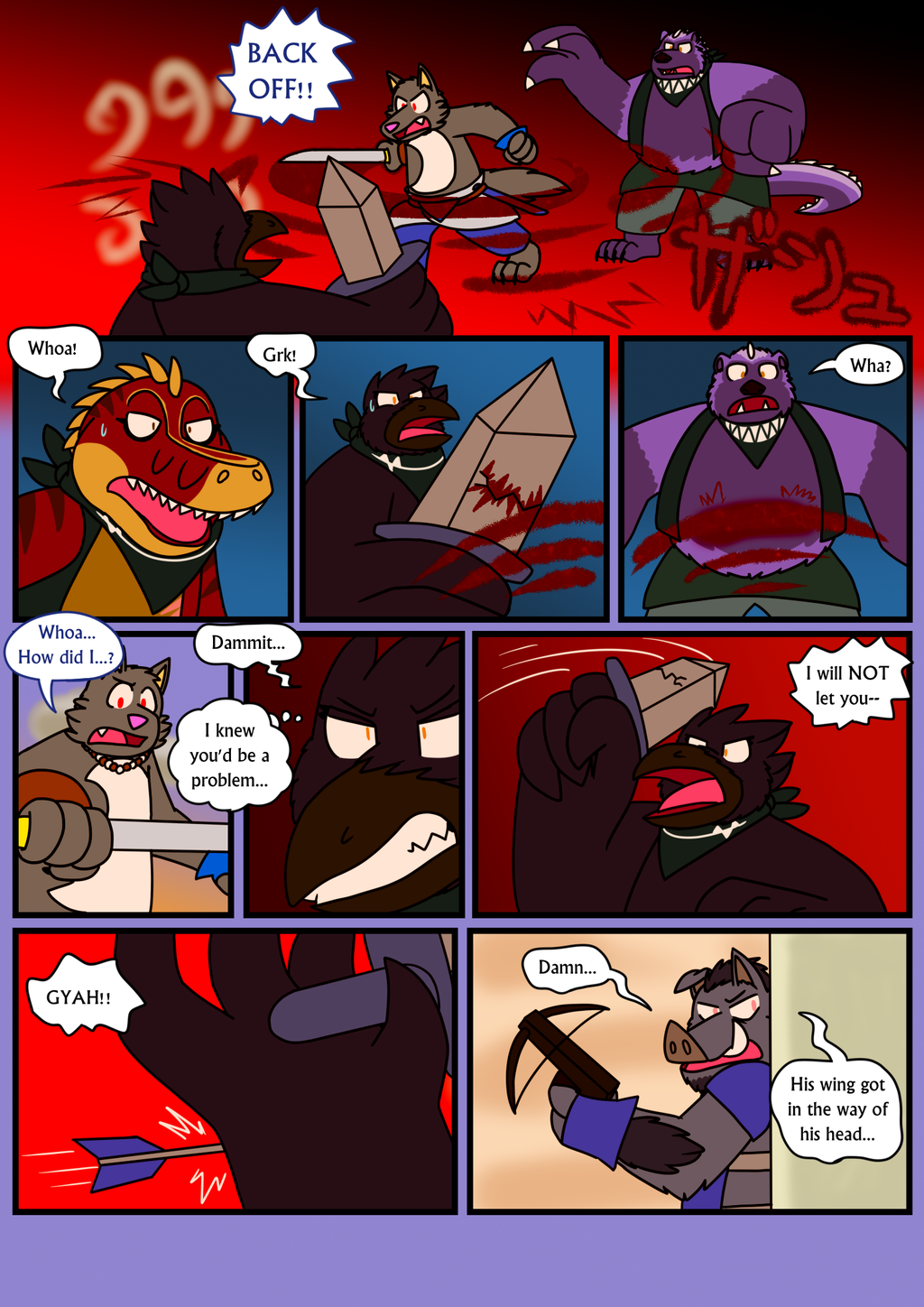 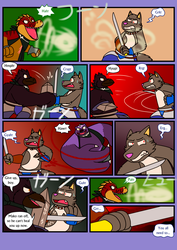 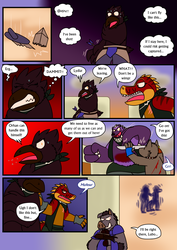 Commentary:
If you think you've seen something like this before, you're right. Someone else has done something similar in a previous chapter.

I had Lydia shoot another air blast in the previous page to set up something for Lubo to slash against. There's no way Lydia would have a reason to fight close range with her power, so she luckily doesn't have to defend against that attack in panel 1.

It's been a while since we've seen Jamon. The last page was during his despair in the previous chapter, but now he's back!