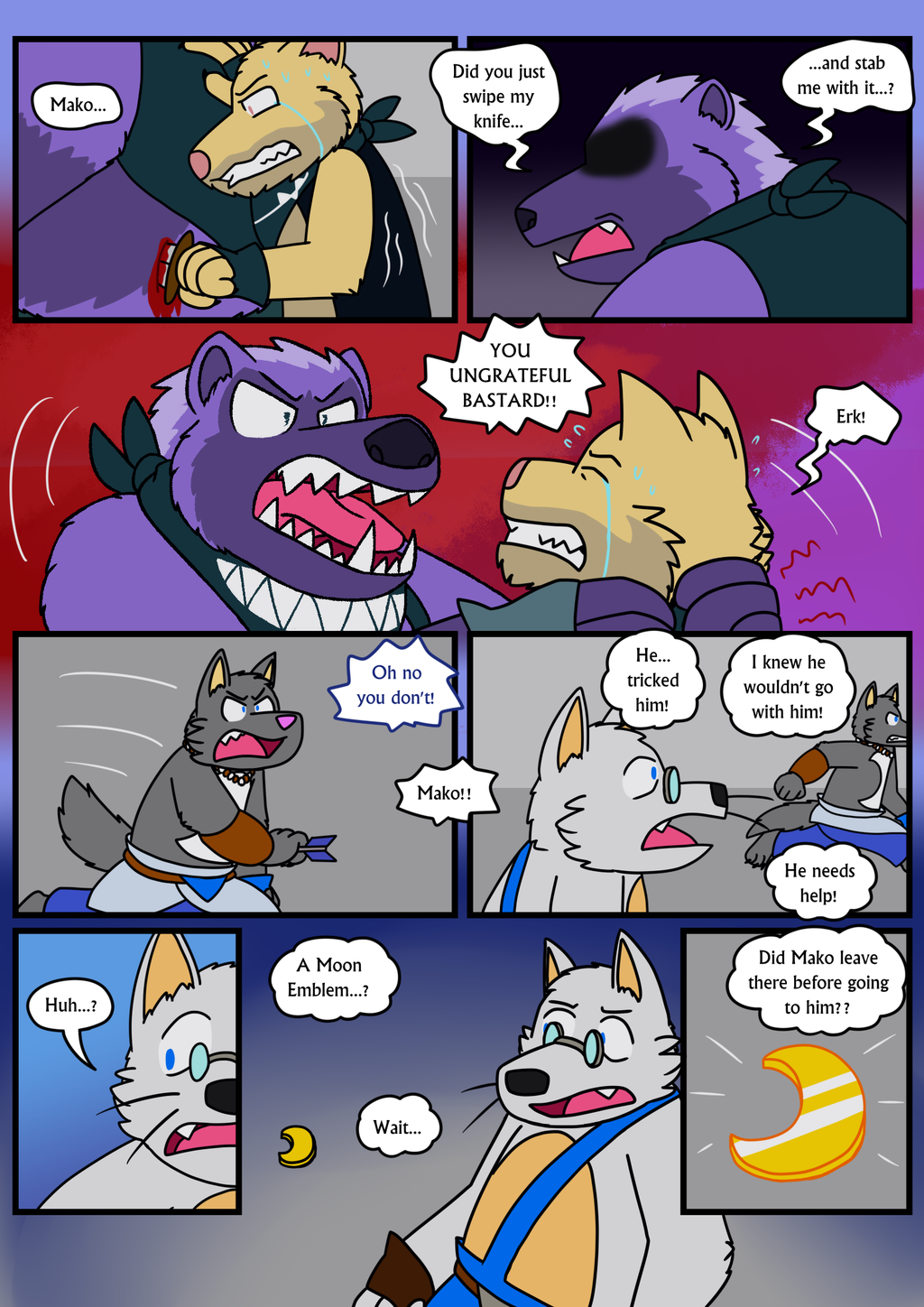 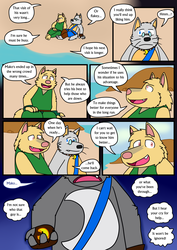 Commentary:
And now the knife origin has been explained. Thank you for the exposition, Orhan. Meanwhile, Lubo is finally pulling out the crossbow bolt out of his arm.

Looks like Mako leaving the Moon Emblem behind was also part of his plan. Just as a reminder, but that particular Moon Emblem is the one that Cane lent to Mako so he could heal Lubo. Mako's Emblem is confiscated by who knows who.

Batuu: Eh? Why'd he leave his Moon Emblem there? Does he want to die THAT badly? =w=