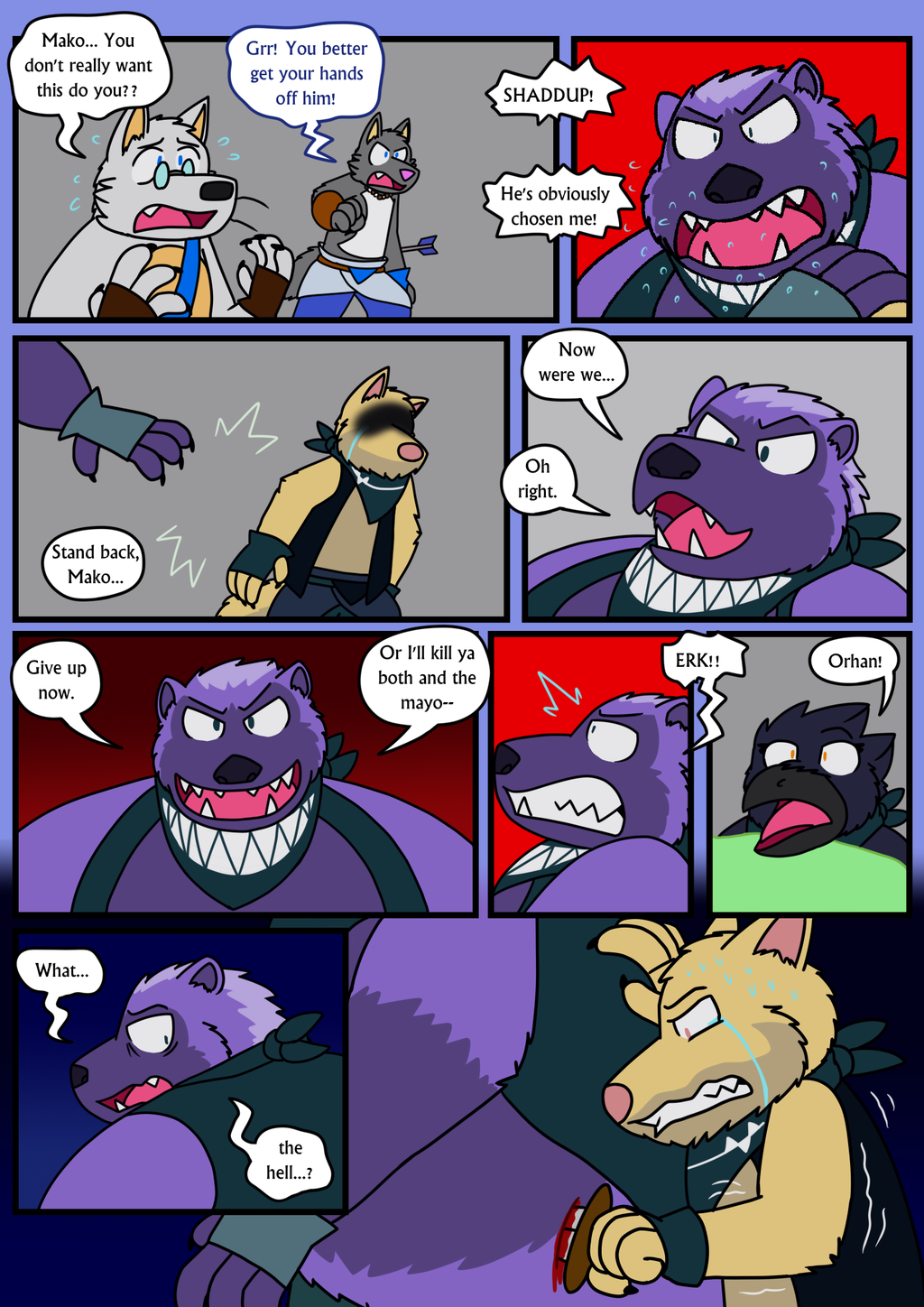 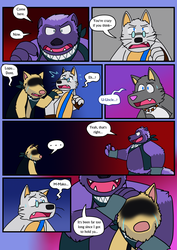 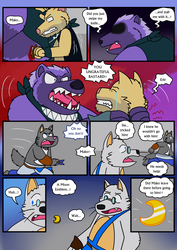 Commentary:
Surprise! Mako had a plan this whole time. And yes, I drew it in a similar fashion to Shoro's stabbing of Kuro in the previous chapter on purpose. Plus it's just a decent way to set up the viewing angle for that kind of pose.

It'll be explained a tiny bit in the next page, but Mako snagged Orhan's knife while he was being held. I hid Mako's left hand in panel 3 for that reason. Mako WOULD have had his own knife as a theif, but after being in the underground prison, Shoro arresting him in chapter 12, AND the thugs capturing him in the previous chapter, there's a lot of opportunities for his potential knife to be confiscated, much like his Moon Emblem. So I just had him steal Orhan's.