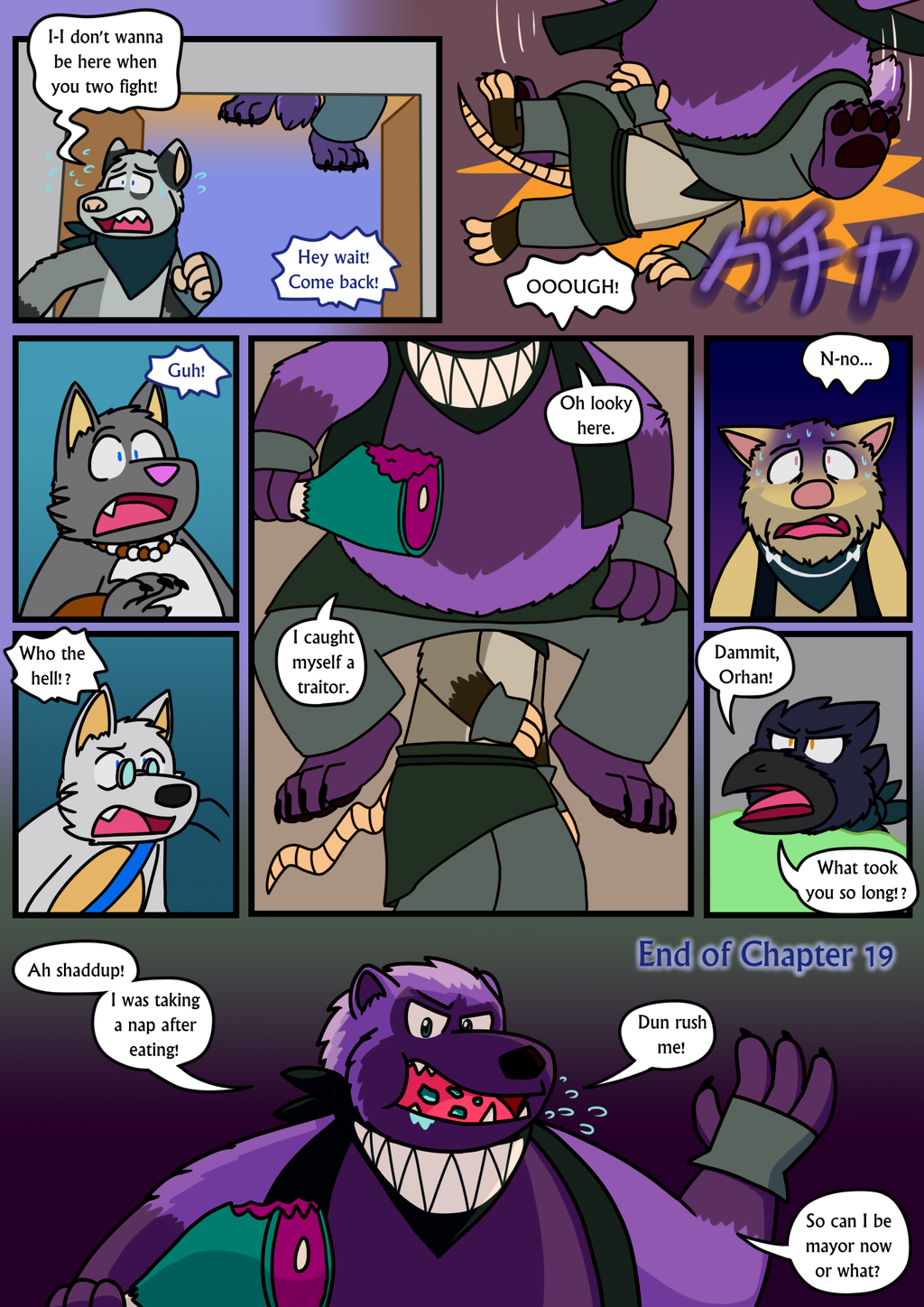 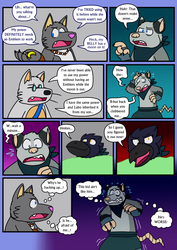 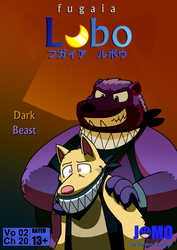 Commentary:
Holy crap this chapter is finally complete! Almost 40 pages!! The next chapter is likely going to be as long but hopefully not much longer than that. We shall see...

We finally have Orhan appear. His existence has been alluded to a few times. I wanted to end the chapter on his arrival so I can focus the next chapter entirely on his stuff.

グチヤ (gucha) is a squash

Also don't worry, Cane's not dead, he's just knocked out. But it would probably be less risky for him if Orhan actually decided to stand up.