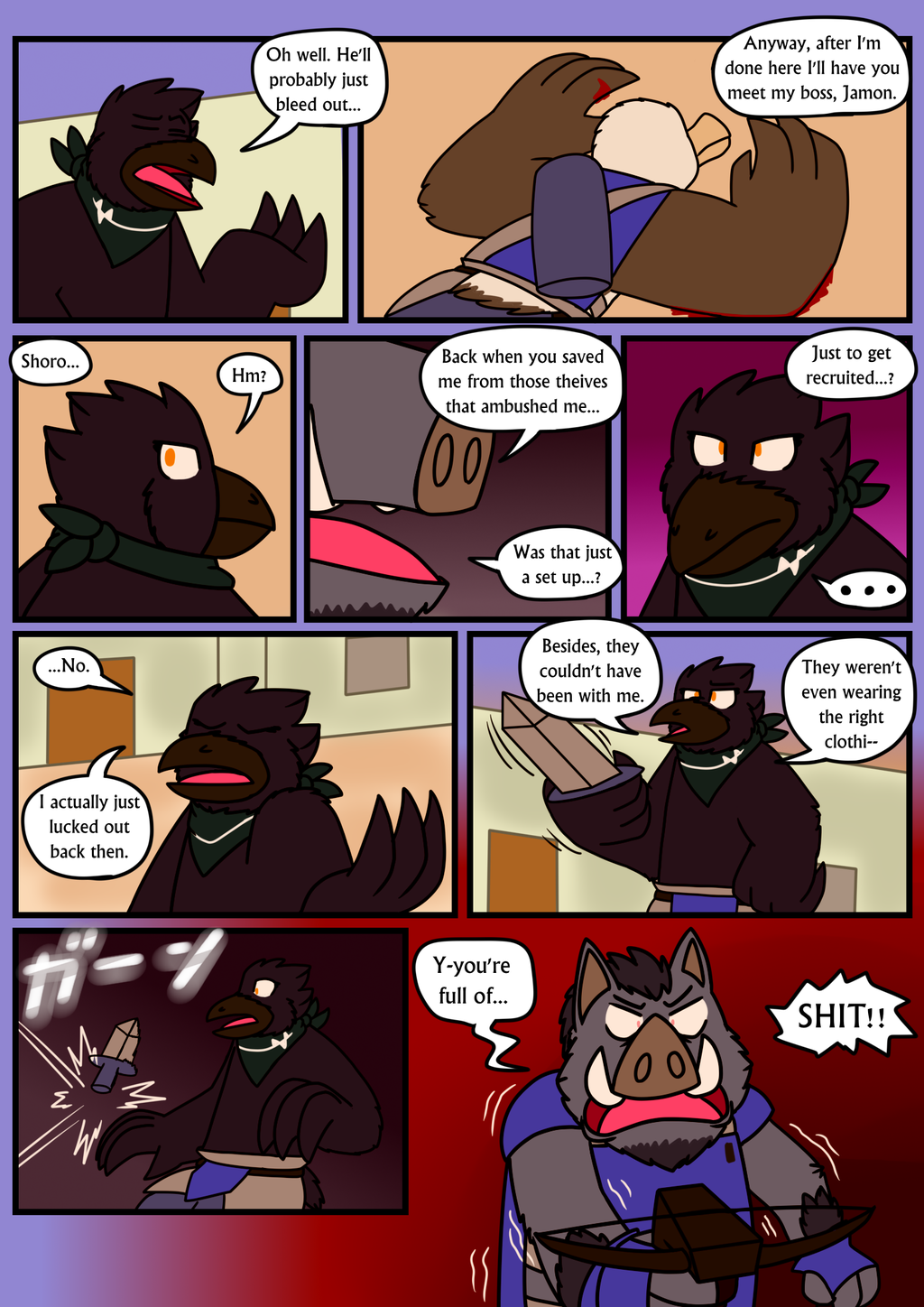 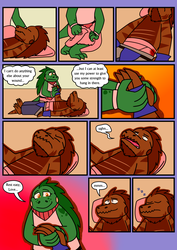 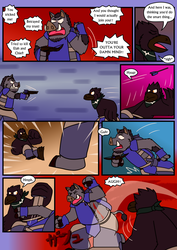 Commentary:
Now back to Shoro. Some readers were probably finding Shoro's story of how he got recruited a bit fishy after it was revealed that he was a spy the whole time. This page does not actually confirm or deny anything that tho, as Shoro's explanation may not be beleivable to anyone at this point. I wanted to leave that answer up in the air.

Oh hey my first actual S-Bomb in the comic that wasn't eitehr censored or interrupted. I wanted to save it for a moment were it would have to pack a punch, and I think Jamon's reaction would have called for this. Ironically, until this point, Jamon has never even used a swear of any kind.