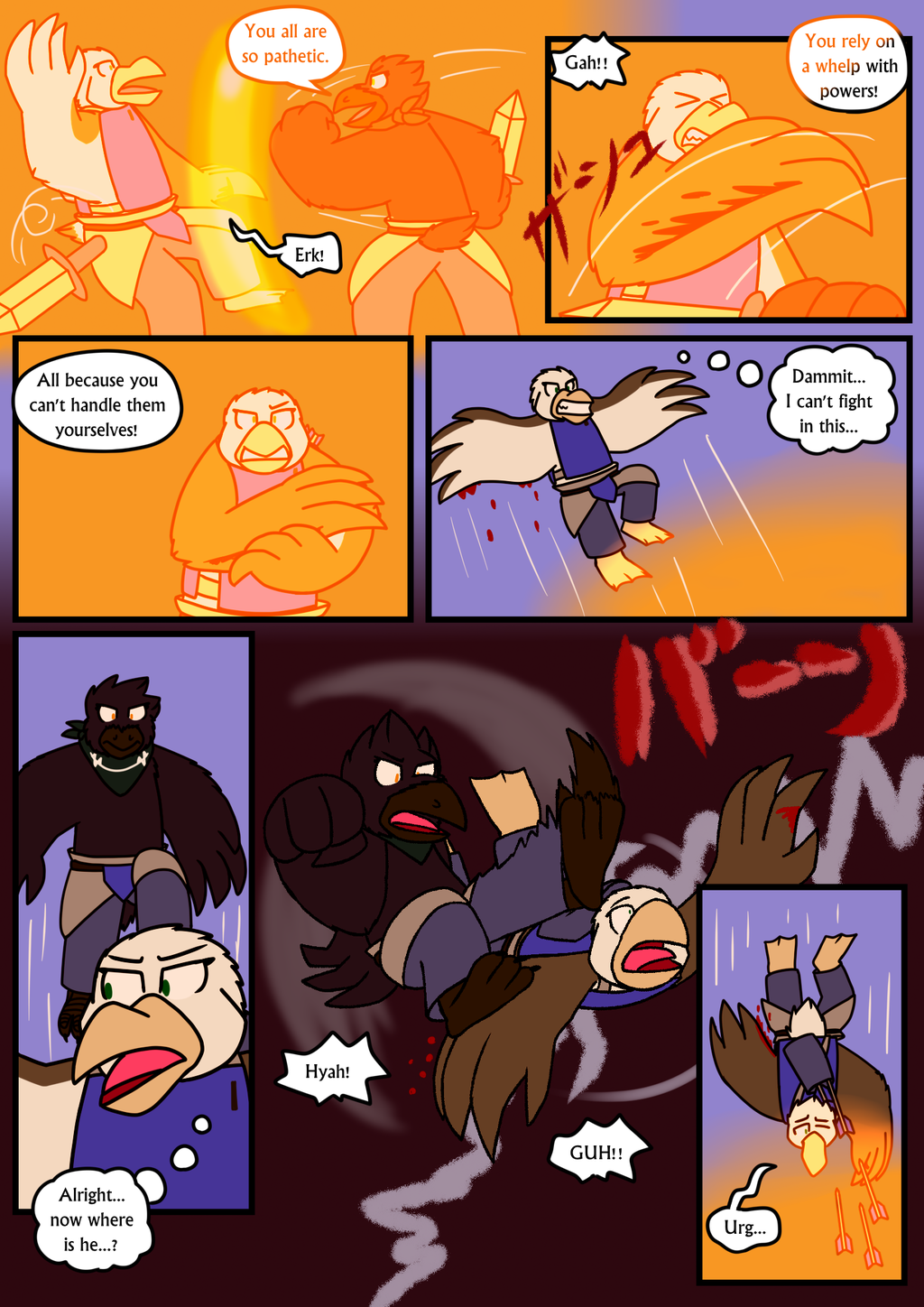 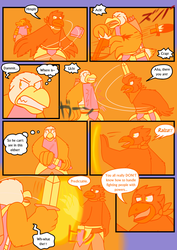 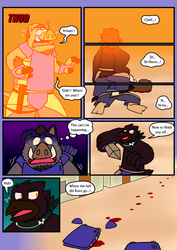 Commentary:
Oh right, I never explained why Shoro took his upper body armor, but it's probably obvious by now. For one, he doesn't need it as much since he can cast Raiza. The other reason is to make him more nimble. It would probably be harder to pull off that flip kick in panel 6 if he was wearing the armor.

I'm glad I remembered once again that both Elah and Shoro are birds that are capable of flight. It allowed me to bring the fight into the air, albeit very briefly.

Batuu: And down she goes :3