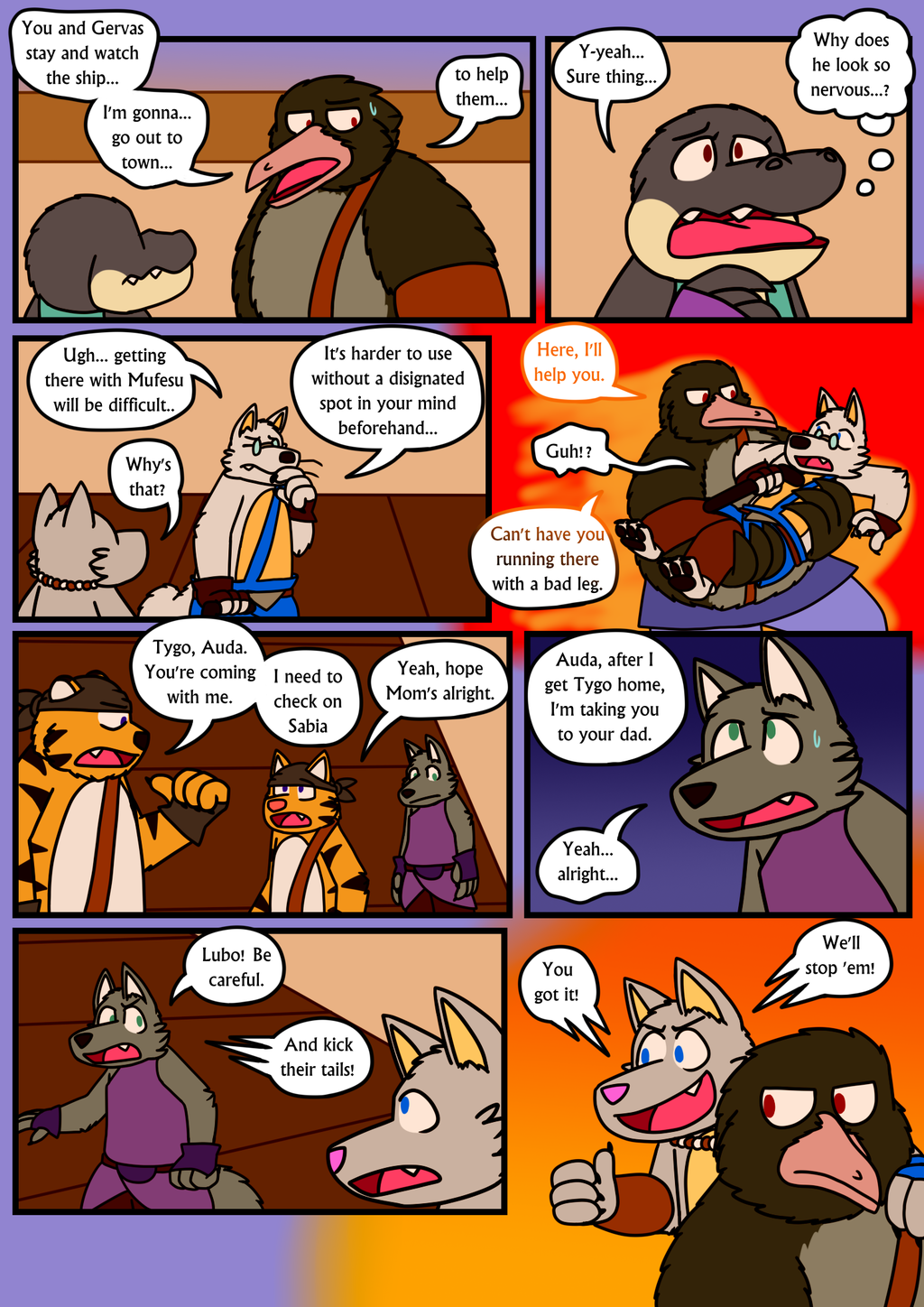 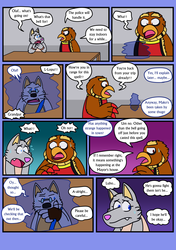 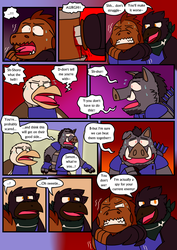 Commentary:
I wasn't planning on explaining the limitations and difficulties of the Mufesu spell until a later chapter. But in the end, I figured that it would be best to explain it now so the readers aren't wondering why characters don't teleport all the time.

Luckily, Ivo has super speed! This convenience is something I was not planning originally, as I had not thought of Ivo even being here for these events. My old plans were to have the crooks invade a few days after they had returned from their trip, which would have made Ivo, Yuari and Gervas most likely absent from this event.

Speaking of characters being present, I actually really wanted Tyson, Tygo and Auda to be present for this event, but this makes the most sense for them to do in this situation. They'll have plenty of opportunities to shine in later chapters. It's Lopu's turn to do stuff right now.