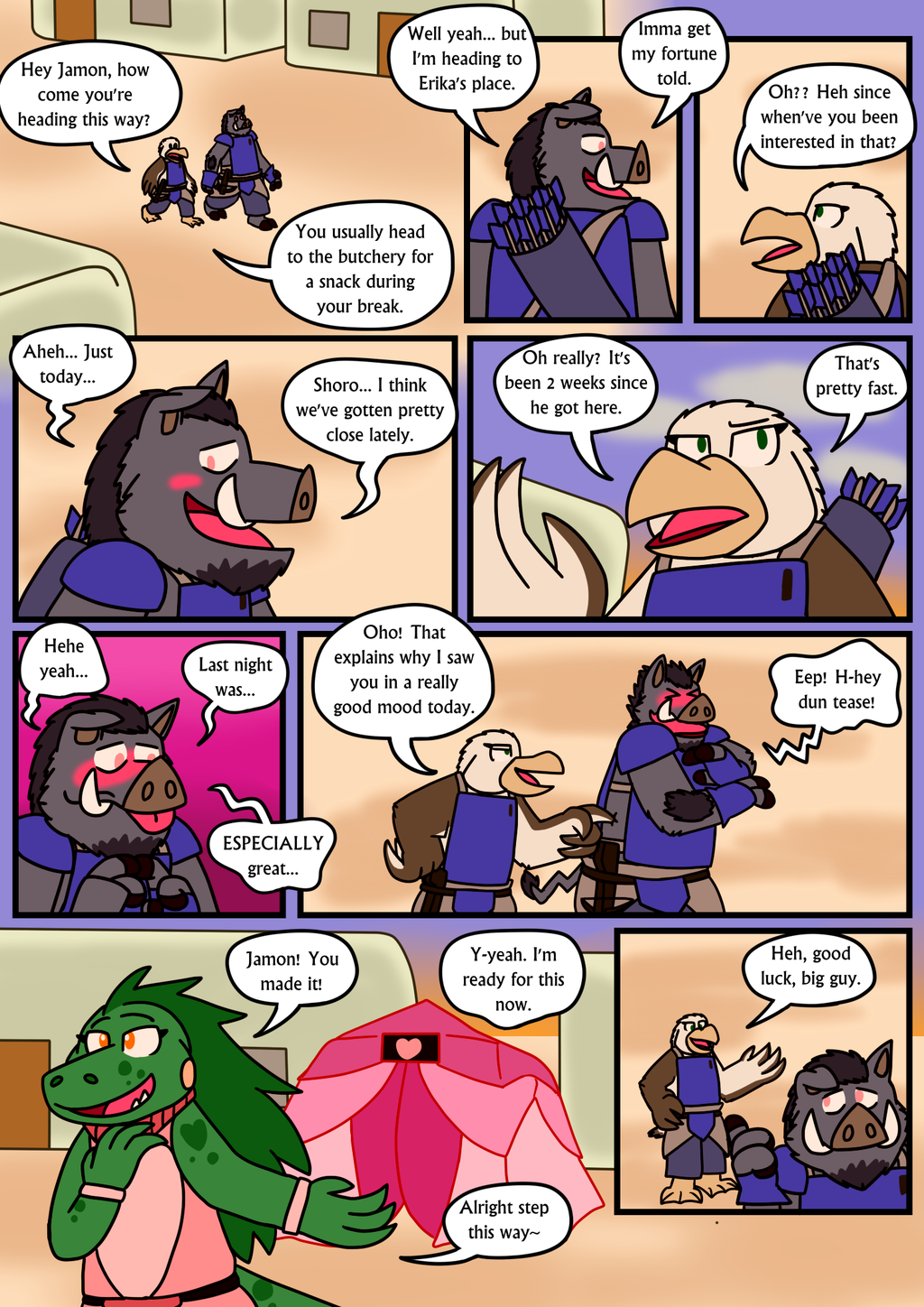 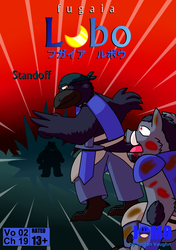 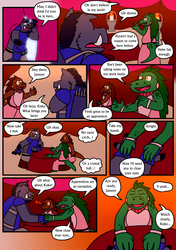 Commentary:
Putting the focus back to Jatui instead of out at sea. Also will be taking place in the evening, which you can hopefully tell by the way i did the coloring. A majority of this chapter might take place outdoors actually, so I better get used to drawing a bunch of buildings again. I've actually made the lines straighter this time by using a different method. I actually feel pretty good about it.

Jamon has implied something in panel 6, but I'm not going to explicitly state what happened between Jamon and Shoro. While I don't want to be a wet towel, since it's a thing some people just do, I don't actually recommend having sex so early in a relationship. I recommend waiting until marriage or at LEAST after a few years. I was about to dance around the subject in the commentary as well, but this comic is 13+ so y'all should be mature enough to hear that kind of advice.

Batuu: Damn, Shoro gets around owo