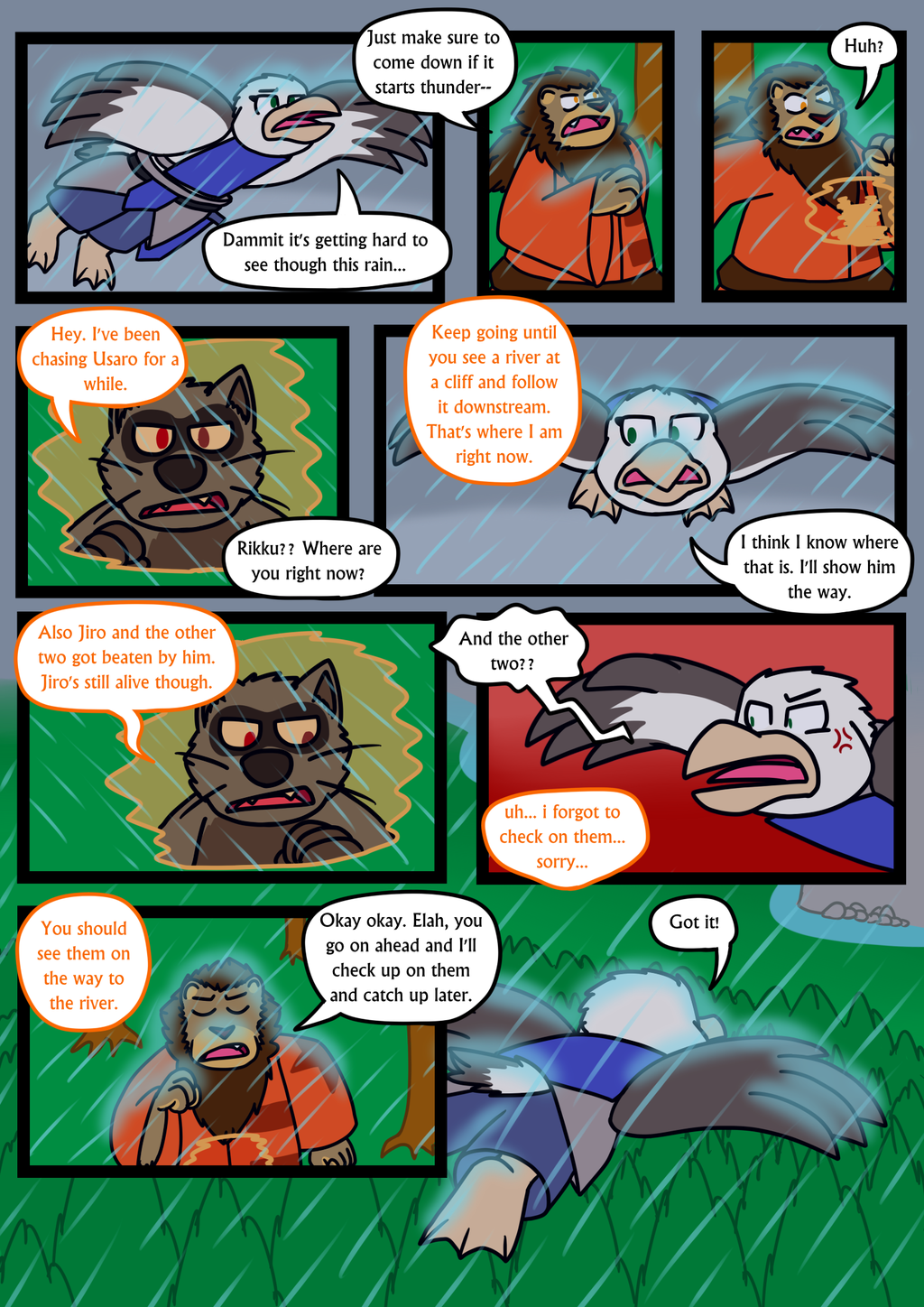 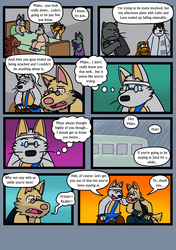 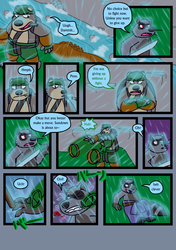 Commentary:
Getting back to the action, but first a quick look at how the remaining 2 law enforcement people are doing. Rikku's eyes are still red, but Rion wouldn't notice while viewing him through a Komanu spell, however, which is handy because Rikku hasn't told him about his "red" power. Rion and the other DO know about Rikku's "aggressive" side however, which is why I kept his mouth visible on this page.

And yes, I was aware this whole time that Rikku completely glossed over Kuro and Jamon's unconscious bodies and only paid attention to Jiro, much to Elah's annoyance. That was intentional.

I contemplated whether or not Rion would remember Elah's name, but I decided that would be fitting for his character to remember names of people he's working with, even after just meeting them.