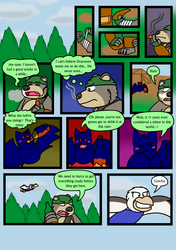 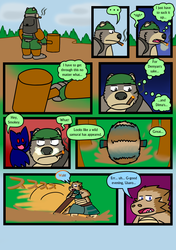 Commentary:
Hopefully it's somewhat easy to understand how Solar Powers work based on the dialogue in this chapter. I'll properly explain things later for Lubo to hear, but for now I don't want to force feed a bunch of information to the reader and instead give them enough dialogue to peace things together themselves. The same goes for Gaia Powers.

Also a samurai's power has been revealed!! The animation for Jiro's rolling turned out way better than I thought it would. I think the radial motion blur I added was a nice touch. I almost forgot to put in the Solor Power "glow" around him, which would have been a pain to add in after I finished the animation. ゴロゴロ is "goro goro" and is used for a rumbling noise.