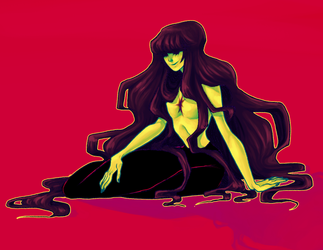 So recently Five Nights at Freddy's has been my new obsession so naturally I wanted to draw gijinkas of the animatronics. I decided to make them more like children/teens because of the five victims from the story.

I kind of imagine the gijinkas behaving similarly to the children from Rule of Rose. Those kids are terrifying...
also i ship Freddy/Bonnie and Mike/Foxy sue me