"The past tempts us, the present confuses us, and the future frightens us. And our lives slip away, moment by moment, lost in that vast, terrible in-between."

Hi there, I'm Jinx, and welcome to my Profile!

I'm a long time Britfur, and unfortunately, despite repeated attempts, I can't draw digital art for toffee, so instead, I've turned my hand to writing short works of fiction and what I term 'Photoart' - editing, adding special FX and narrative fiction to Second Life photos that I take in-world. I'm also an active commissioner of art from talented artists.

My primary fursona, is Jinx Curi, a Huskoon (husky - racoon crossmix), but over the last six months or so, I've also gained a true affinity towards anthro Sharks, and I've picked up an official sharksona as well, and several sharky characters. Sliver, my male cybernetic thresher shark, was my sharksona for quite a while, but as of February 2014, his place as my sharksona has been usurped by my androgynous punk shark, Inconnu Noir. I feel super connected to Inconnu; like Jinx, he represents both a more grounded version of myself in shark form, and also most representative of my sexuality, flair for theatrics and love of music. Sliver and all my other characters, are still very dear to me and keenly represent my interests and other aspects of my personality, particularly my favourites, Jadzia Nicolau and Sasha LeWraith. <3

You can find me on the Second Life Grid on a very regular basis, so any other SL'ers, feel free to look me up, where you'll find me as Jinx Curi / CuriouslyCurious. You'll can usually find me either at one of the furry hotspots there, or tinkering around with and modding avs, something I love to spend time doing.

Feel free to drop me a line, and thank you for taking the time to have a nose around my little space on Weasyl!

I have a central fursona, a sharksona and several characters that are truly close to my heart and each represent aspects of my personality and sexuality, both male and female. I consider myself 'Gender Fluid' as I feel that no one gender truly represents how I feel, act or think.. I don't consider myself wholly masculine or feminine, but a personally unique mix of both and this also expresses itself in my furryness. 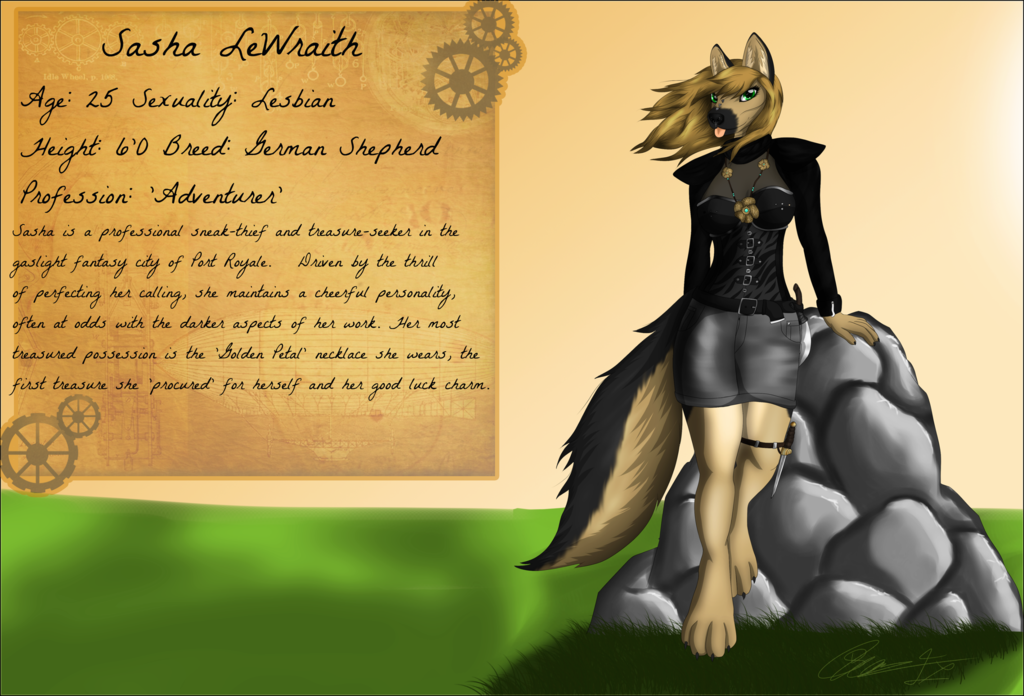 The times, they are a-changin'

This was more a journal entry for posting on my FA account as my watchers there were more familiar with my old sharksona than here, but I thought it valid to post here too, as I'm gathering quite a few watchers and interest in what I do (yey!). My 'sharksona' has recently gone through some changes, I've still fond of Sliver, my previous sharksona, and cybernetic sharks in general, but for now he's joined my list of characters, rather than representing myself in shark form alongside Jinx, my huskoon fursona. That place has now been taken by Inconnu Noir, my punk/rock shark. As I've mentioned in my photoart and commissioned art of Inconnu, I've really, really connected with him over the past few days since feeling compelled to create him and just as Jinx represents certain aspects of my personality strongly, my androgynous sharkie represents others too that I really want to express and haven't before, or not for a good long while. I have to thank my best and closest friend, Skye, for being super supportive and enthusiastic about this change, and for gifting me the headshot art that pretty much put the cherry on the top of this change I had been feeling. You'll still see plenty of written fiction, photoart and commished art of Sliver though, so he's not going anywhere. <3

I'm also trying to unify the names I mark my artwork with so from now on as I'm posting more frequently on multiple sites, they'll just be marked with 'JinxCuri' rather than JustASliver. I thought it worth stating this after just now uploading a piece of photoart that was marked with 'JustASliver', my FA username, and wanted to avoid any confusion.

Thanks for reading, and have a good week ahead. <3