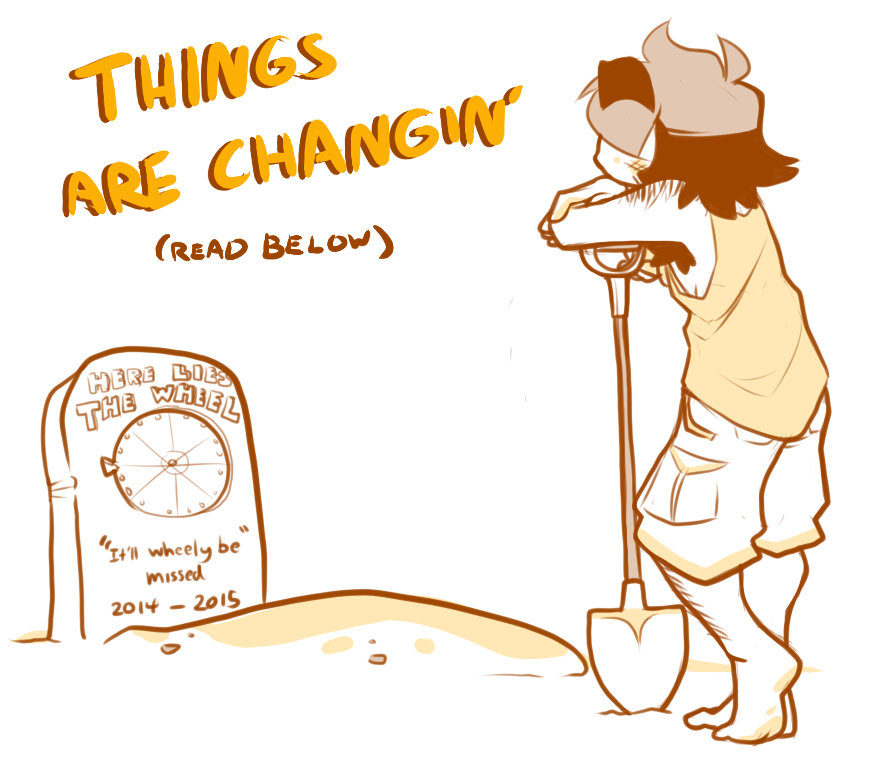 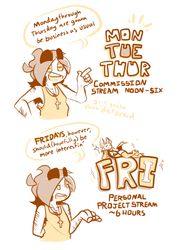 I’ve been havin’ some qualms with the whole “random roulette” commission system for a while now, and today’s stream kinda exemplified some of them in a big way, so I’ve decided to finally go through with abolishing the spinny circle method of filling commission slots for two reasons:

One: It’s an overly complex method that just eats up time. Filling up a wheel and determining who’s next takes a good ten minutes on average when everyone knows how the whole process goes, and that still means everyone has to wait for the commission note to be drafted, read, and approved, and that’s just a massive time sink. When a commissioner is unaware of the rules the situation is complicated threefold, and we might lose nearly half an hour, a whole twelfth of the stream on just getting one note and the requisite references into my inbox!
Two: It demands too much of other people’s schedules. I’ve gotten comments from people before that aren’t able to queue up in stream to get a chance at the roulette wheel due to time zone differences, schedule conflicts, what have you, and up until now I haven’t had much of an answer to them other than “wait for when I take regular commissions!” Well, honestly that limited my commissioner pool to maybe ten people who’s schedule lined up with mine, and that’s not fair to anyone, not to mention made work a bit scarce on variety.

So what does that mean for the future?
Well, for now I’m going to be opening up a rotating queue of out-of-stream commissions that I’ll try to complete in regular intervals. Twenty-five slots that I’ll work through in batches (depending on complexity) of ten images per week, give or take. I’ll give this a shot for a week or two and see if it sticks.
The commissions’ll be more traditional in terms of pricing too, at $25/character. This will hopefully take some pressure off commissioners to pay a “respectable” price, as well as make things much more stable for me.

Will I still stream?
Sure, dude! It might not be as structured, or as regular as before, but then again it’s not exactly essential to the process this way. I figure that way streaming might become a much more casual thing, heck I might even have some ding dang fun again! :0

So yeah! Gonna get a more concise set of rules and a commission list posted up tomorrow when I’m able. Hopefully this’ll work out better for everybody now that that circular loser is dead I NEVER LIKED HIM