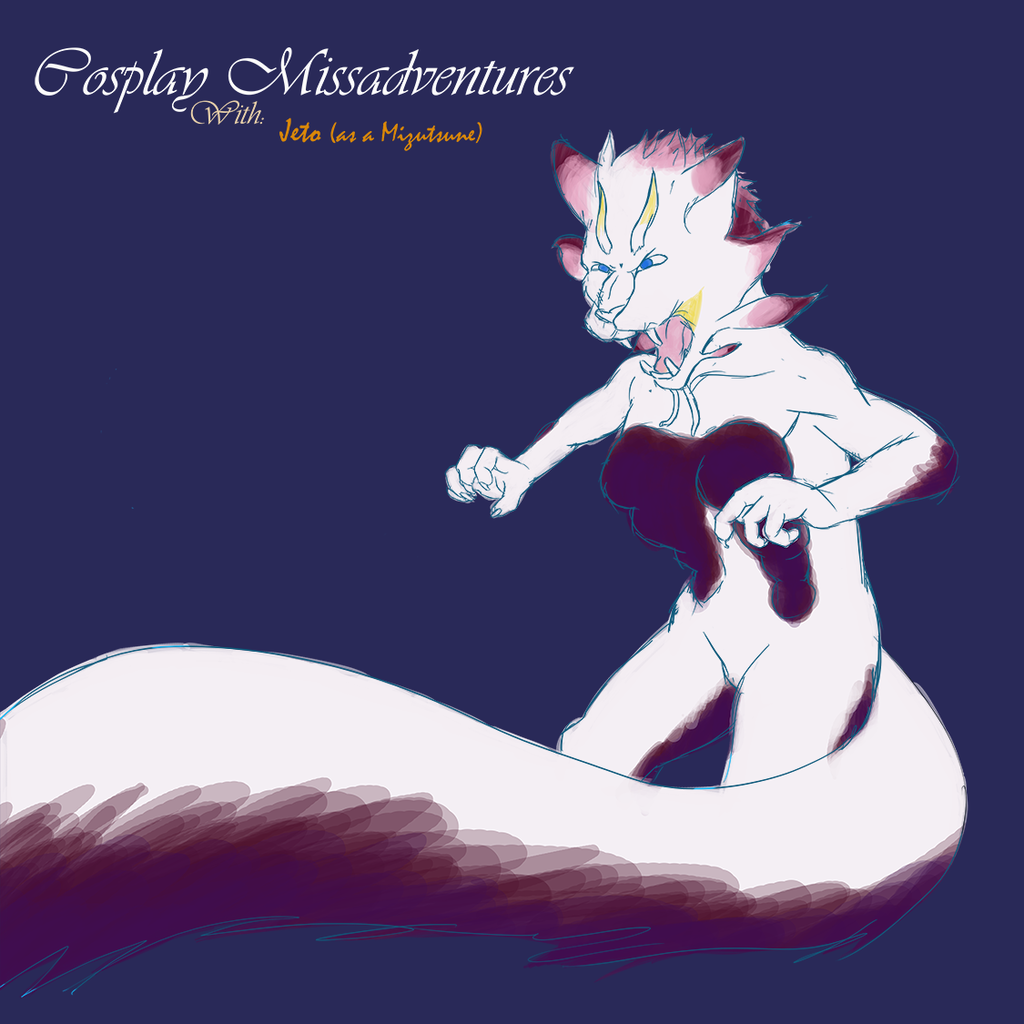 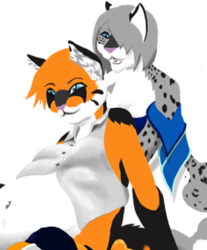 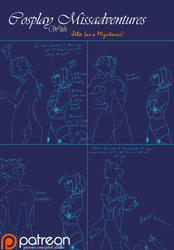 So this is going to be it's own little story, with it's own little story behind it.
So I was playing MHG (Monster Hunter Generations) while breaking Friday night, hunting a high rank Mizutsune (a pun which roughly translates to water fox, har har Japan. We're just gonna call it "bubble fox"). Well while it was rearing up for a "pounce attack" (sadly I can't find a good image on google. May try to take a picture with my phone la) I made an observation. "Hey... The purple fur on it's chest looks kinda like Je's breast rows... OMG JETO WOULD TOTALLY COSPLAY THAT SHIT DURING A CON!" And so, with the help of fur extensions, moose, and enough fur dye and bleach to sate San Francisco for a whole day, THIS was born! And it's younger siblings were born soon after through thinking about just how all out she'd have to go to do this, and if you're going for overkill there's no such thing as too much! Cause really though. The Mizutsune is mostly white and purple, but Je's fur is mostly black. I'm fairly certain to add color to black hair/fur you have to bleach it, so 100% of her non white fur would have to be bleached, and in the short few days before doing the cosplay!

Now I'm gonna apologize in advance. Cause there are three of these, and I want to just do all three in a row, so this week there won't be a Patron exclusive SAW. Also next Monday is the start of the hiatus, so I'm going to have to push all the SAWS back to the weekend (Fri-Sun). But next week two of them are going to be exclusives. Not sure which two, but two of them will be. And as an FYI, the weekend bit is also going to be the new schedule for the foreseeable future as well. Just works best for me there.