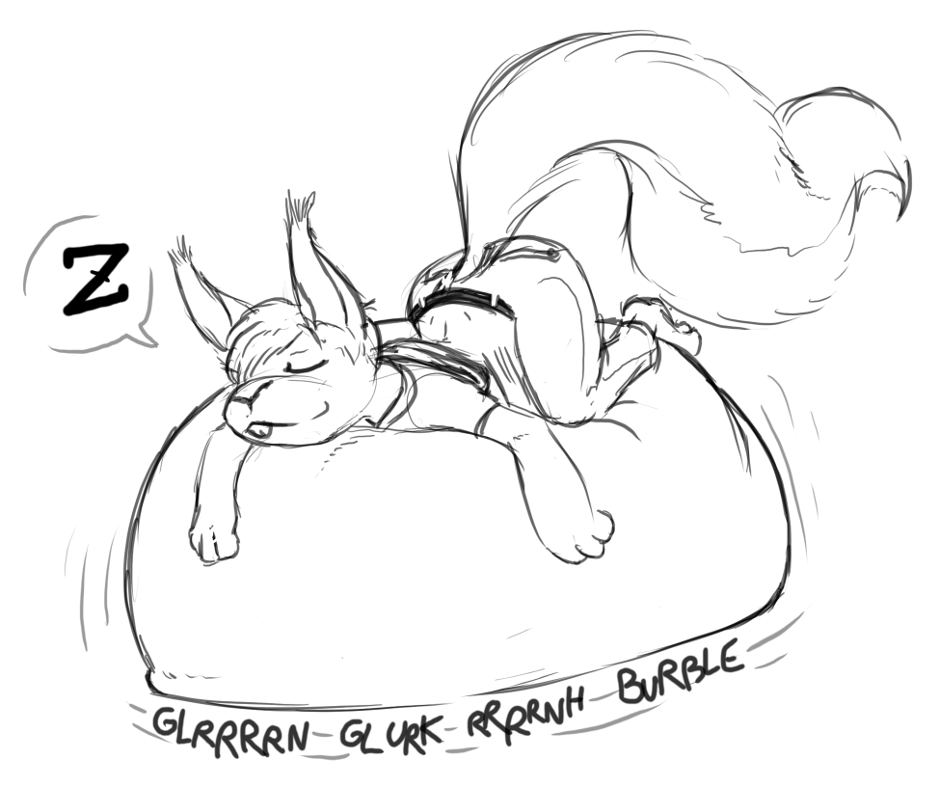 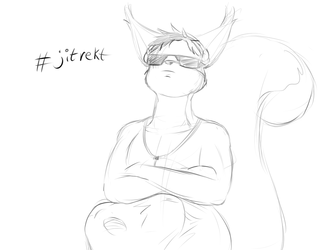 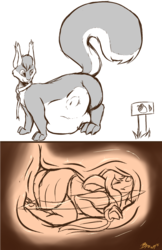 Awwww lookit that adorable squirrel. :3 Resting on a nice big cushion of half-digested food. Totally not like anyone was in there. And I mean, if they were, there certainly isn't that much left of them to know! ;o

Anyway, that's what happens when you stuff yourself silly, sometimes you gotta lounge around and let your stomach work. Eventually it'll shrink down enough that you can walk again. :3 Or in this squirrel's case, probably go stuff himself silly again with some unsuspecting people.

HiroAlato as a spontaneous gift one day, and the art is by