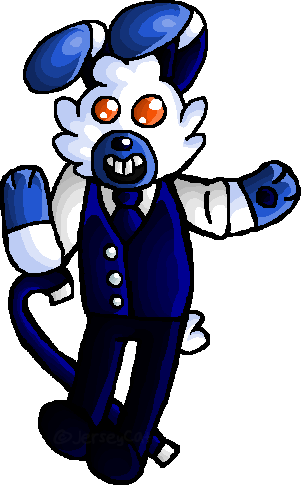 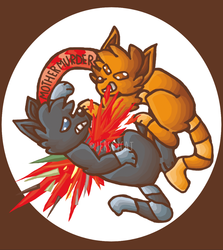 MARCO:
(Thanks, Gazini!)
Species: Wow! Jersey made a Rabbit OC? Impossible!
Gender: Marco is Male. Prefers He/Him Pronouns.
Sexual Orientation: Aromantic Asexual. Which is great, because I doubt that
Marco would have time for Relationships anyways. He's too busy with his business.
But anyways. In other words, Marco will take your cake and your pizza.
Height: Hm, I would say around 5'4? Sure.
He's not very tall. ;v;
Salesman. I dunno what for, but he always dresses up in that Suit Vest and Cane whenever he's at work where he sells, well, I have no idea. Holly suggested carrots. Then she suggested drugs. Hm, I wonder. :XD: Marco is actually really cynical in the sense that he wants to make Business Deals, but is pretty sweet towards people otherwise. I am still developing the "Salesman" part Of Marco. But for the Personality! Extroverted. Marco is generally pretty patient with people, but he especially will not tolerate Arophobia and Acephobia directed against him. Loves LGBT+. Outside of work, Marco typically has a Sweater on. ;w; Volunteers at a nearby Aviary, and owns his own birb. Likes the Rock Genre and actually plays bit of Electric Guitar, mainly because people never expect that from someone that often wears Sweaters. He likes that. Chubby. Birthday is March 23rd.