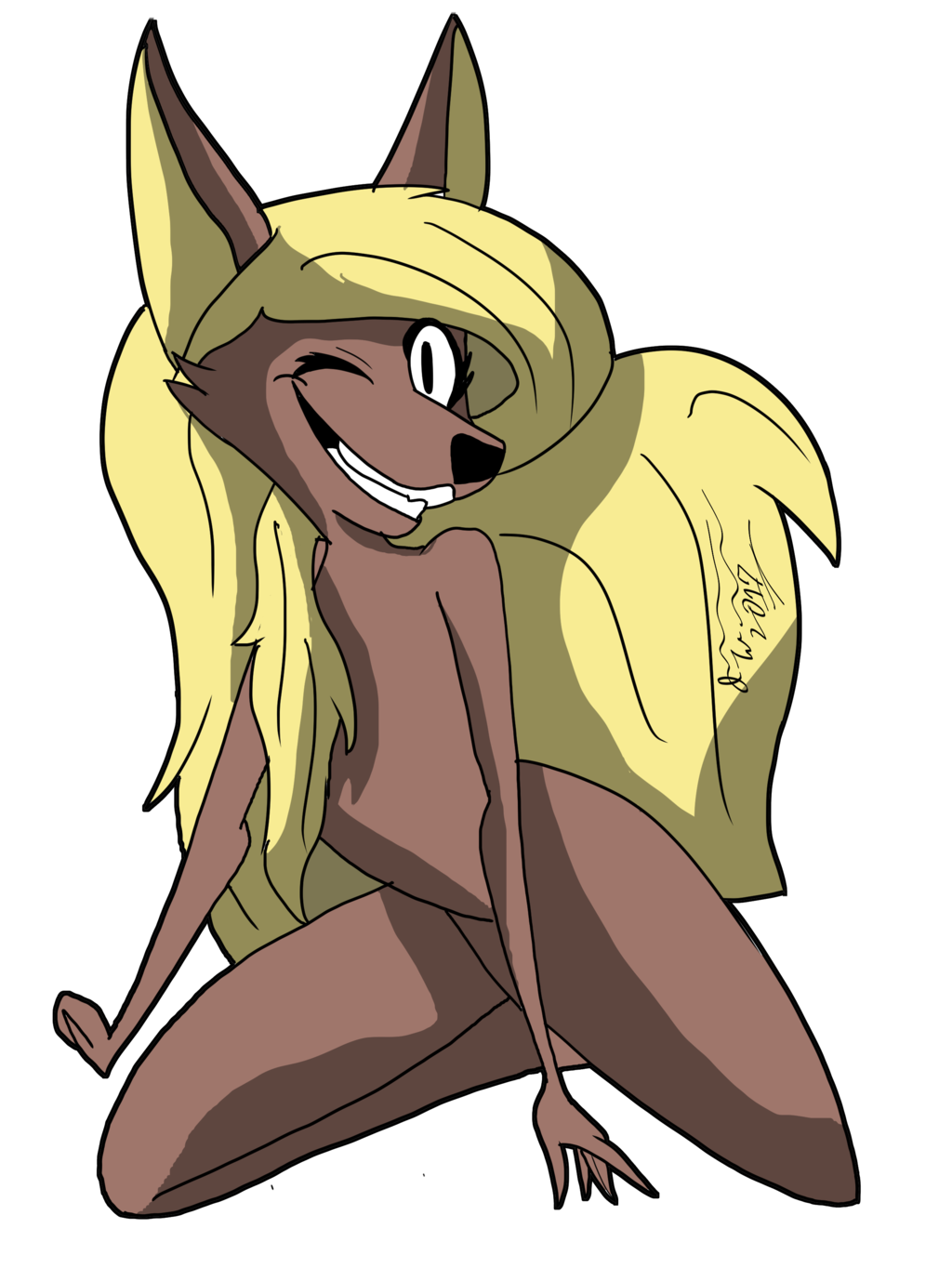 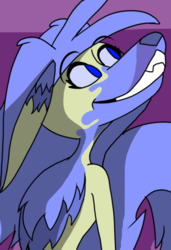 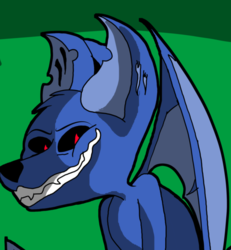 This is a sticker or something of my character Agatha or Aggie. She is a werewolf and while I was trying to make the pose more cute and goofy it wound up a bit more but frankly for her character this works out pretty well.

She was born into the werewolf gene to none-werewolf parents while her parents knew they came from a long lost lineage of Wolf-kin they never expected their daughter would become one. Both parents had come from the same tribe as tradition dictated that they do, even though the ability to turn into the beast was lost generations ago, so they of course knew that on the eve of her sixteenth year she became hungry for meat... raw meat, in large amounts. This made the parents curious and nervous... why had Aggie taken up this dead trait and what they could do about it. During the years that followed they would slowly find food every month to placate the beast growing inside her, this was only a temporary solution as one can only keep a caged animal caged for so long before it breaks it's binds and frees itself. One particularly bad case of hunger Aggie was screaming and howling in pain while her parents were out struggling to find food. She used her strength and burst from the bared window of the basement and into the street. She lurked quietly from the shadows eyeing the passers by as they went about their lives and it wasn't until she saw a young woman, small but the smell of her meat made Aggies mouth water as she watched. The woman was walking home alone and was completely un-aware of the wolf stalking her from the roofs... but she wasn't the only one stalking her. As Agatha was about to pounce on the woman A large burly man walked around the corner and held a knife to her threatening her to come with him. Seeing this sparked some form of humanity that remained in the Wolf part of Aggie. She instead pounced the man ripping him to shreds and happily enjoying his remains knowing not only was she fed but she had saved a life. From this moment on each time the hunger would set in Aggie would wander the city streets and look for the most depraved and evil people on the streets for her meals and as time when on she learned more and more how to control her power and how to change at will. She now spends her time at the University for Magicks and Science in the Transmogrification field learning all she can about lycanthropy and similar ailments and leads a support group for other individuals who suffer as she had once suffered. Occasionally enjoying the cruel criminal who would sneak onto campus for any number of reasons.

Well there it is... didn't intend for this to be a big bio thing but... that's what it became. It is going to need some work but that about sums up this character and who she is, a kind and loving person and a honest and valiant creature of the night.