Ain't I Lovely? by JenKiwi 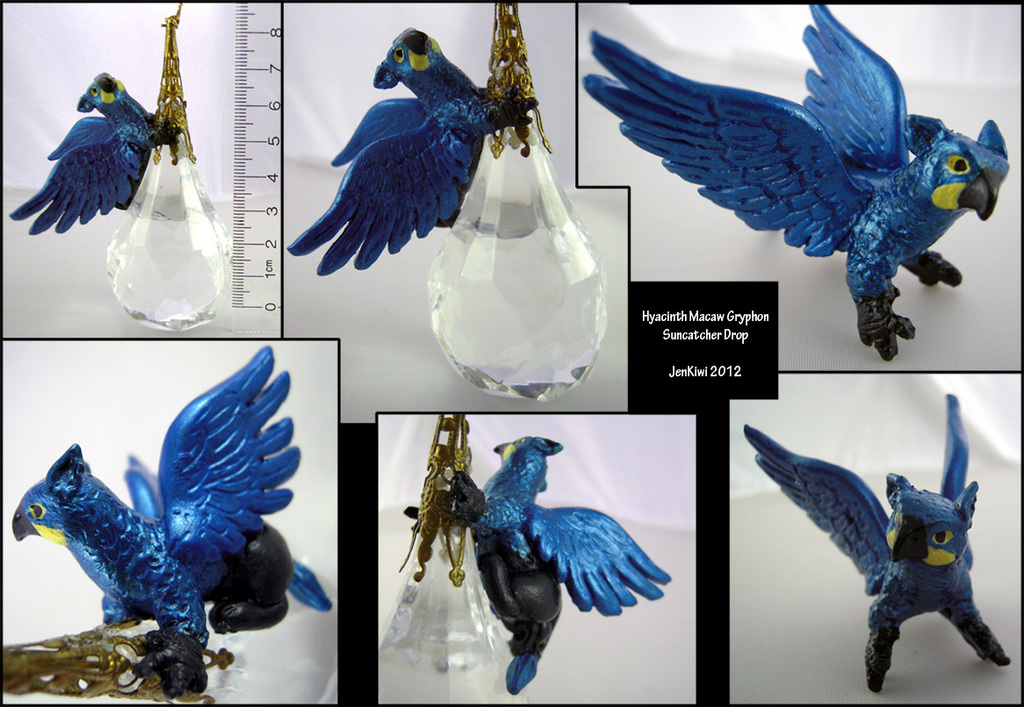 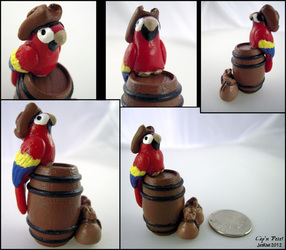 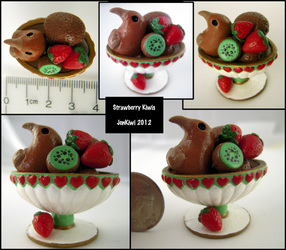 Meet Mack*, a spirited hyacinth macaw gryphon. He's a bit of an imp, always getting into things he shouldn't, swiping everybody's shinies because he knows he's a pretty bird an' pretty birds get away with everything.

Polymer clay & acrylic paint, with satin varnish for water/dust resistance. Pretty sure the suncatcher dewdrop is a polymer of some sort; it looks like glass and catches the light like glass, but has fallen onto many a hard floor and emerged unscathed, which leads me to believe it is not, actually, glass. (Note: Said falls are all pre-Mack; now that he's chosen it as a perch, I wouldn't recommend allowing gravity to bat it about.) Mack himself is approximately 6.5cm, with about a 4cm splay to his wings. The suncatcher comes with a sturdy cord at least as long as it the suncatcher is tall. (Also, Mack has been glued to the suncatcher and is not detachable; the photos on the right corners are from before he was attached.)

This piece is for sale; he'll be coming with me to conventions 'til he sells, or Note me here if you'd like to snag him before then!