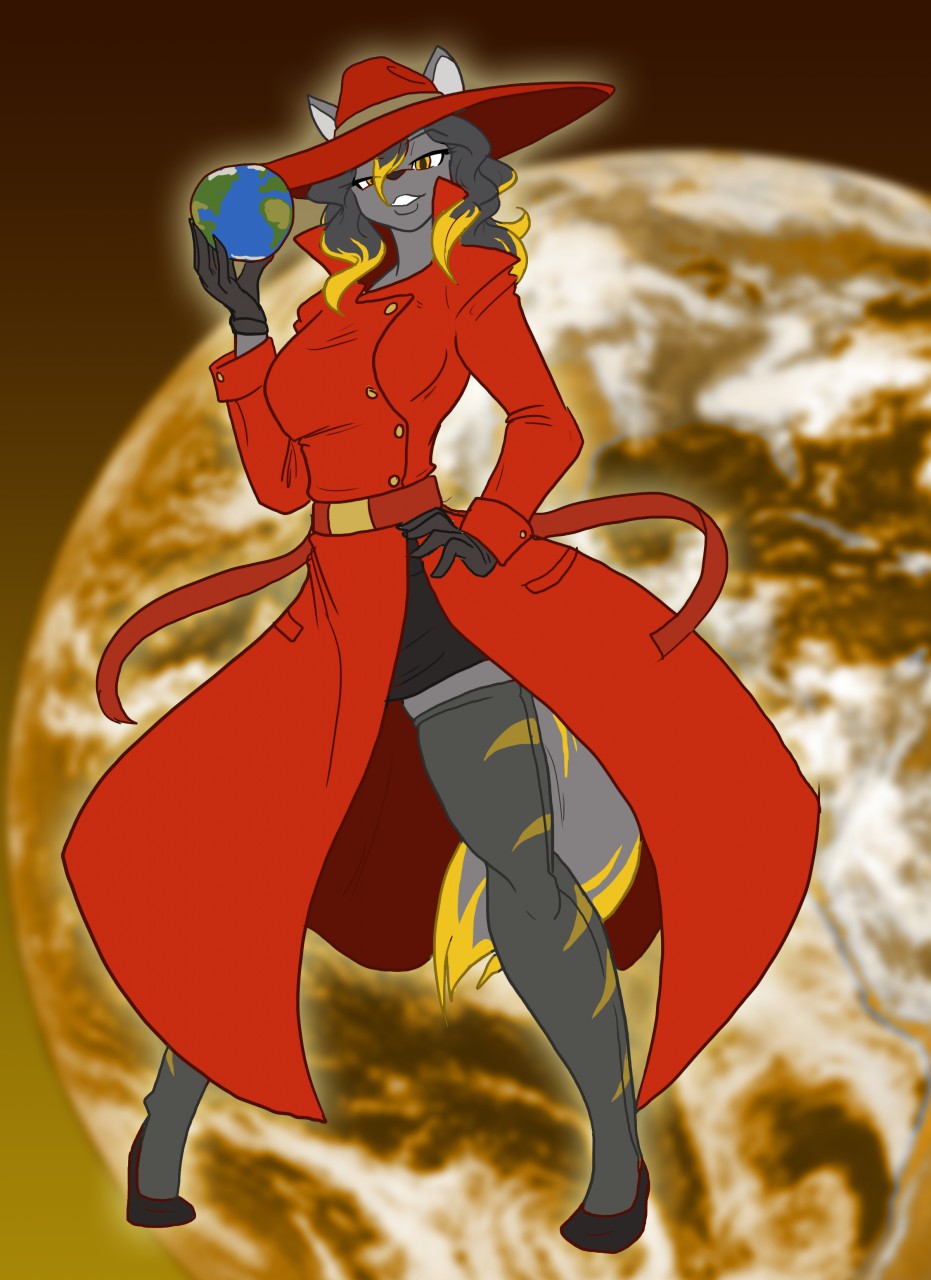 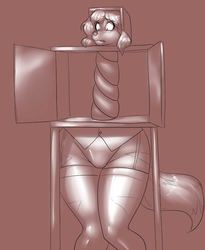 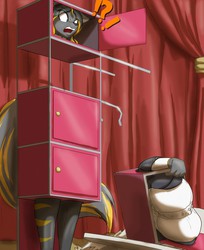 Yet another gift from the generous Zui. By now I'm not sure how to ever repay him for his generosity, but I guess the Statue of Liberty or the Great Wall of China might be a start. Art by the always amazing Toughset!

I've always loved Carmen Sandiego... never saw the game show or cartoon versions much, but I played the games when I was a kid, both at school and at home... though at home it would always freeze up whenever I issued a warrant, so I never caught anyone... I didn't care, I just cruised around history (I had Where In Time) and played with the coffee machine, which, back in the era of the black-and-white Mac SE-30, was top-notch entertainment.

Looking back, I realize that Carmen Sandiego was probably the first female villain I ever encountered, and to this day is one of the few female villains that's not an evil princess, or a scantily-clad seductress, or a witch/crone archetype... she's just a smart, classy woman who is always one step ahead and has awesome fashion sense. Her femininity isn't overemphasized, and she feels more like a real person, albeit one shrouded in mystery, both of which are pretty important in a game where she's an opponent you're trying to match wits with. I love strong women, fictional or not, and Carmen Sandiego always felt like an opponent you could respect, even as you tried to track her down and bring her to justice.

I did a few image searches before posting this, just to see some of the old box art (the photographic ones where Carmen Sandiego was portrayed by a real woman... I think this one is my favorite, the wanted poster is awesome: http://pics.mobygames.com/images/co.....8690764-00.jpg ), and was highly amused to see the large number of pictures featuring her and Waldo portrayed as a couple, and the review of Where In Time Is Carmen Sandiego calling it "the closest thing to a good Doctor Who game". ^.^