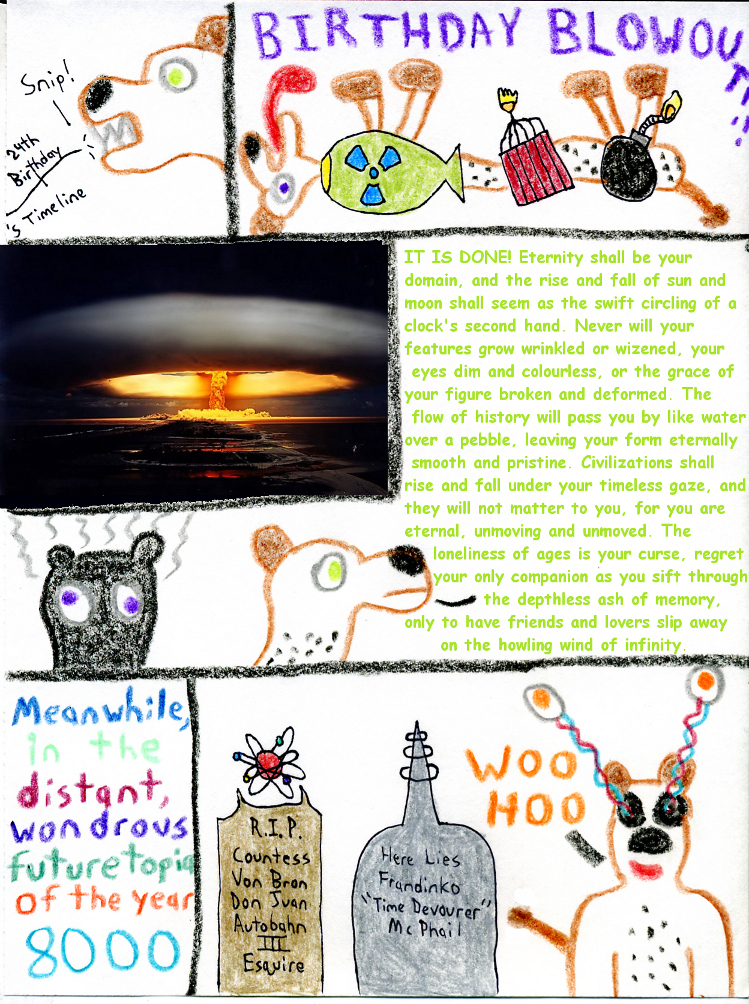 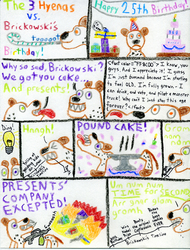 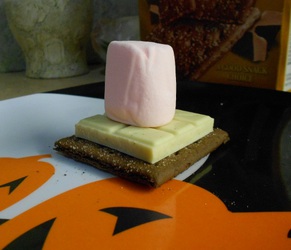 The 3 Hyenas vs. Brickowski's Birthday! Part 2

Okay, I have some important notes about that last panel. Due to artistic limitations, I had to leave out some stuff, but the background should be filled with enormous tank-robots rolling over and crushing piles of human skulls, laser-blimps advertising a life of opportunity and adventure in the offworld colonies, Jetsons-type cars, and probably one of those robot taxis from Total Recall. Johnny Cabs, I think.

Also, it may not be obvious, but Countess Von Bron Don Juan Autobahn III's headstone isn't actually a headstone, but is really an enormous office building that LOOKS like a headstone standing next to Frandinko's because of perspective. The words are actually rows of tinted windows designed to spell out the memorial message. I believe the Countess became a really well-respected business woman around the year 2072, and it was erected in her honor. It is also made of 28 carat gold. Somehow. It's the future, they'll have it figured out by then.