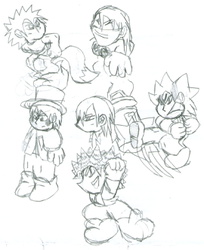 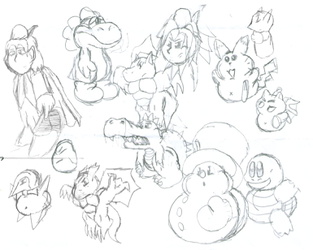 I've come to an even fiercer revelation: I did not play Final Fantasy X until 2004, so everything up to this point has been from this year. I mean, I've been watching Pokemon since I was 12, but I know for a fact that I never knew about Moombas until I was 14. So the dates are off. Damn, do I ever wish I wrote the frickin' dates on these things back then.

As best as I can figure out, the timeline is this: