Angels, beings of light that guide man and beast. Demons, beings of darkness that bring protection to man and beast—These two races bore immortality, knowledge and wisdom unlike any other, their influence was strong amongst the other races and their power was great.
They were created by the gods of old as servants, their original names however were Ralam (Angels) and Tulim (Demons) and lived within their own separate realms; Ralam inhabited a world shone eternal radiant light and was the most purest of paradises with oceans as blue as sapphire and plants with the most vibrant of greens. Tulim inhabited a world that’s sun was red and their world was both fire and ice; scorching hot with deadly storms that rained fire and brimstone, volcanos that would erupt and create burning seas of fire while the other side of this deadly world carried an endless night, deathly cold with a moon that was forever stuck in the night sky and only provided dim light to the harsh lands.
In spite of them being from different worlds, many of them were appointed to be guardians of the weaker races that lived within Midgard by Lyia Ruya—a new yet sole surviving goddess who awaited her demise, as it was the will of her predecessors and when she came to pass, the Tulim and Ralam had no master left and yearned for another.
Desperation took hold of them, and soon, a male Ralam and female Tulim decided to produce a child that would be their messiah and new king yet were unaware of how mingling their opposite energies and magic through this kind of process would turn out.
The race of orms, seers and clairvoyants of Midgard warned that their child would go on to create destruction and be the lord of all that is evil, wicked and corrupt. The two did not heed this warning and were blinded by their own desperation and weak ideals, unable to see the truth and hoping to avoid what was to come, and so the demoness was impregnated with this supposed cursed child that the orms had warned them of and when she gave birth, her body was set ablaze due to the sheer amount of unstable energy and magic that dwelt within her seed and she became nothing but ash and embers. What stood before the newly born hybrid was his father who decided to raise him.
The child’s flesh was a pale and translucent ashen grey, his form was like that of man’s and he seemed to have more than two eyes but there were some noticeable and unnatural mutations about him that were not akin to Ralam nor Tulim—nonetheless, the child’s father took him in and hoped to raise him with a heart of purity and do good for both peoples so he would not turn evil.
This child of both light and dark was christened as Shemiza.

Night fell upon Midgard and Shemiza remained within the woods alone listening to a breeze blowing and the sounds of several animals calling out. He knelt down near a river and watched a beautiful fish swimming within its calm currents, his eyes locked onto it, then he suddenly snatched it from the water with lightning fast reflexes before the creature could even react. He held it up to his face and went to bite into it, his rows of razor sharp teeth tore into its flesh violently while also crushing its bones with ease. Shemiza could not taste the meaty flesh and soon dropped its mangled corpse back into the water before he held his bony wrist, he looked at his hands and noticed that nails were slowly beginning to grow and become more sharp. He shrieked in pain as this happened—it echoed throughout the forest and frightened its inhabitants. The prince slowly stood back up and his own translucent blood bled from underneath his fingernails, he spoke to himself in agony.
“Curse these headaches! Curse these endless aches and pains in my bones! Curse these wretched changes in my body!” He heaved and gasped, whispers began echoing through his head as his breathing became more rapid. Shemiza soon collapsed before the river and could see it run red with blood, mangled corpses of dragons began floating down, his wide, bulging eyes watched as this happened and he could hear their screams and cries inside his head—though there was a feeling that what he was seeing was not real but a hallucination that was constructed from something within the deepest and innermost parts of his mind yet he also felt like this was what needed to happen, “I trust in myself, this is what I want and this is what I need.”
Shemiza mumbled to himself and he watched as an enormous blood-soaked dragoness emerged from the river and took off into the skies which became nothing but an empty void, blood pouring everywhere from her body which stained everything red in his eyes. In reality, there were the peaceful sounds of nature and nothing was out of the ordinary, he jolted back up and watched the dragon as he had the feeling of blood running from his mouth which made him grab at his face and scratch into it slowly, “You are to be reborn, yes I see it now. It’s all coming clear…” Whispering to himself and knelt back down as if to worship her. However, a hand could be felt on his shoulder and he snapped out of the hallucinations.
Shemiza blinked heavily and slowly turned his head back, only to see his father staring at him in shock. The prince immediately hugged him and wept both tears of joy and pain—a panicked and excited tone in his voice set in whilst speaking to him, “Father, I see it now. We must resurrect Lyia, our great mother goddess into something far more wonderful than before, my own conscience told me so. We must do it through war.” He let out a toothy grin and clung to him as his horrified father held him, “My son, what have I told you about feeling such nonsensical things?” The Ralam held his son with a look of horror who gave no response, he felt as if he should’ve heeded the prophecy of the orms since his own child is finally showing signs of malevolence, but he still wanted to have hope and was still blinded.
“Let’s get you home, you must be exhausted from spending the day out here for so long. Let’s not worry about Lyia, alright? She is not to be brought back, we need gods that are new and will do better for us all. I believe you can lead us to them someday and help them become deities in their own right.” Shemiza’s father explained to him while he held his son’s face and tried ignoring the blood stained on his mouth and sharpened nails—Shemiza only nodded slowly in response. His father sighed and outstretched his beautiful angelic wings which glowed with some kind of holy energy and wrapped them around himself and Shemiza, the two disappearing together in the night and back to their home. 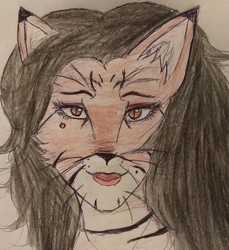 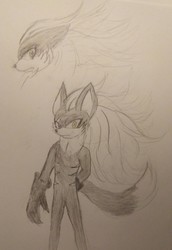 This is the first chapter to Novia: Origins. However, instead of using a main protagonist to start it all off, I decided to go with my main villain's backstory. If you read closely and put the puzzle pieces together as his story progresses, you will notice that he is a metaphor for the corrupted side of humanity and how they sometimes use religion as a means to gain control and power over others.
But using religion to hurt others is not the only problem we have today, I will have other villains that will deal with different problematic subjects we deal with and/or have dealt with.
I will be rewriting the prologue soon by the way, since I didn't like how it turned out the first time.