Have You Forgotten Something While Skinny Dipping In The Lake? by JasonWerefox 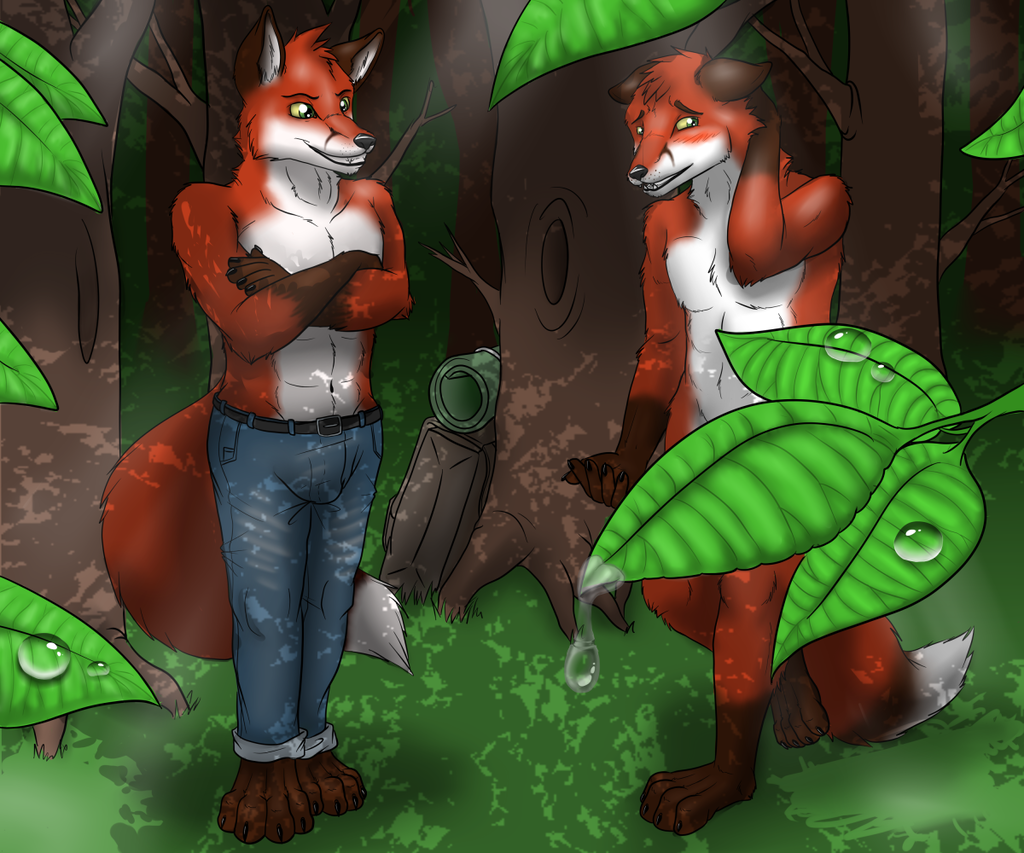 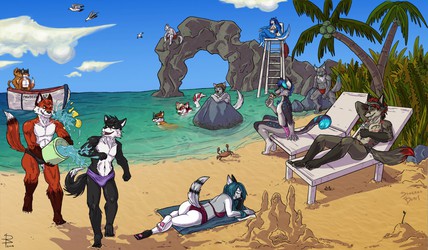 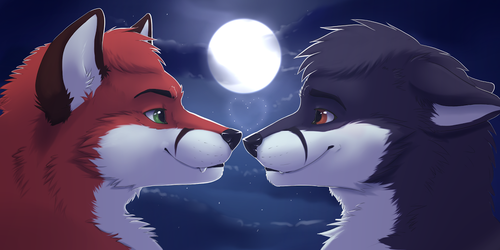 Have You Forgotten Something While Skinny Dipping In The Lake?

Artwork made by kitsunedark and gift art from my mate bucketz on FA.

After our beach party with our friends that day, Buck and I decided to camp out in the woods and plan to go skinny dipping in a lake that I've discovered in an area not too far away from where Buck lives. I assured him that there are no hunters in that area since its off limits to hunters so that we don't have to worry about anyone noticing us. He was looking forward to it as much as I was when we were going to spend time together again and out alone in nature where everything, even being out naked, is part of the natural life itself. We've started packing our camping gear and supplies before heading out into the woods by entering an area where there was no security and made our way to our spot where we set up camp. After everything was set, Buck and I have spent the entire week showing each other our hunting and survival instincts. I've showed him the means of everything and he showed me areas in the woods that I've yet to explore considering how large the area of the woods are.

As the days passed, we've enjoyed our time together, being surrounded by the natural environment, exploring the different parts of the woods, and even slept away from where we set up our camp site. Whenever returned to our campsite, its only for cooking our food that we've hunted together and shared what we've found. We spent our time in the lake going skinny dipping and cleaning ourselves there.

On the last day before we decided to head back, we were going to go skinny dipping together one last time at the lake. We were both swimming around the entire lake a few times before I got out and shake myself off. Buck decided to remain a little bit as he enjoyed the nice water while I was readying to pack up for us to return, but not before I decided to play a little prank on Buck by taking his clothes that he hanged on a branch near the lake and held onto them while packing them up. When I was finished getting everything ready, he was ready to come back to the shore to get himself ready to leave. It wasn't until he dried off did he noticed his clothes were missing and he started to look around to see where it was. His fur soon began to change from black to red as he has the exact same fur pattern as me. After looking around for a while, he came back where I was waiting for him to come and smiled as he looked in embarrassment while trying to cover himself. I asked him where his clothes were and he told me he didn't know and wasn't sure what to do. When i told him that if he lost them, he looked and said that he might have and doesn't know what to do as he panicked a bit. That's when I said that he could come back to his apartment naked or next time keep an eye on his clothes when I play a little surprise prank on him in which i showed him bis missing clothes while smirking at him. He grabbed his pants and hit me with them as I chuckled and gave him back his clothes. He told me that he's need of a hot shower after all those laps around the lake and I had an idea. I told hm that the gym where we work out is now closed, but I know a way in without being seen by the surveillance and dared him to follow me without wearing any clothes on. His fur soon turned back to black and accepted my dare but only if I don't wear any clothes to which I took them off before getting our things and making our way towards the gym at the back entrance.

-To Be Continued In The Next Submission

A short story for you, sorry if its not as long and detailed as I might have hoped but I've been under a time restraint, but the next one we'll see will make up for it. For now, enjoy this little piece. ^^

Buck is bucketz on FA.