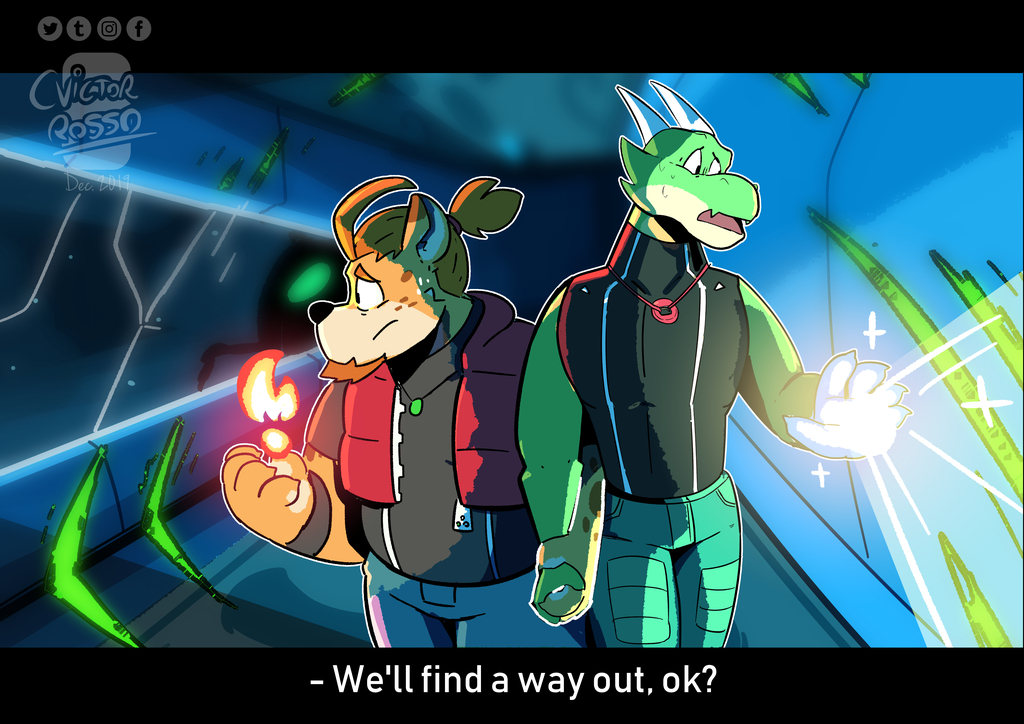 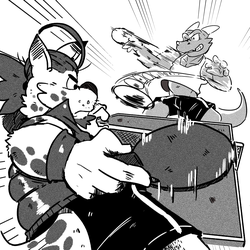 Mysteries in Space - by cvictorrosso

And this short little story by me. I'm super rusty with writing, and english also isn't my first language, so I'm sorry if this reads a bit awkward ^^"

One day, as Jaryl and Jin, ever the intrepid adventurers on the search for treasure, were exploring the remains of a hidden underground laboratory, they happened upon a still active teleporter. According to the connected computer, its target coordinates were set to a space station floating in the orbit of their homeworld. Curious as the two men are, they entered the teleporter...
They appeared in the teleporter room of the space station, afterwards the device suddenly emitted a lot of smoke and sparks.
"Crap, the whole thing's fried", Jin grumbled as he looked at the teleporter. "Great... guess we gotta look around for some escape pods, or some other people who could help us...", Jaryl said.
"So... where did all the people go?", Jaryl asks as they wandered through the corridors of the station, fire magic flickering in his right hand, illuminating their dark surroundings. "It kinda looks like everyone just left in a hurry. But why?", Jin wondered, using his thunder magic for light as well.
"Maybe this was like a research station and their funding got cut, so they had to leave?"
"Maybe", Jin replied. The pair turned a corridor, and the situation turned to the ominous. Huge, glowing slash marks were all over the walls, with the big window looking out into space also showing signs of damage.
"Shit", Jaryl cursed as he nervously looked at their surroundings, "cut funding my ass..."
He couldn't shake the feeling that they were being watched...
"L-let's move on, we've been through a lot of stuff like this, we can do this", Jin said, trying his best to sound confident, "We'll find a way out, ok?"