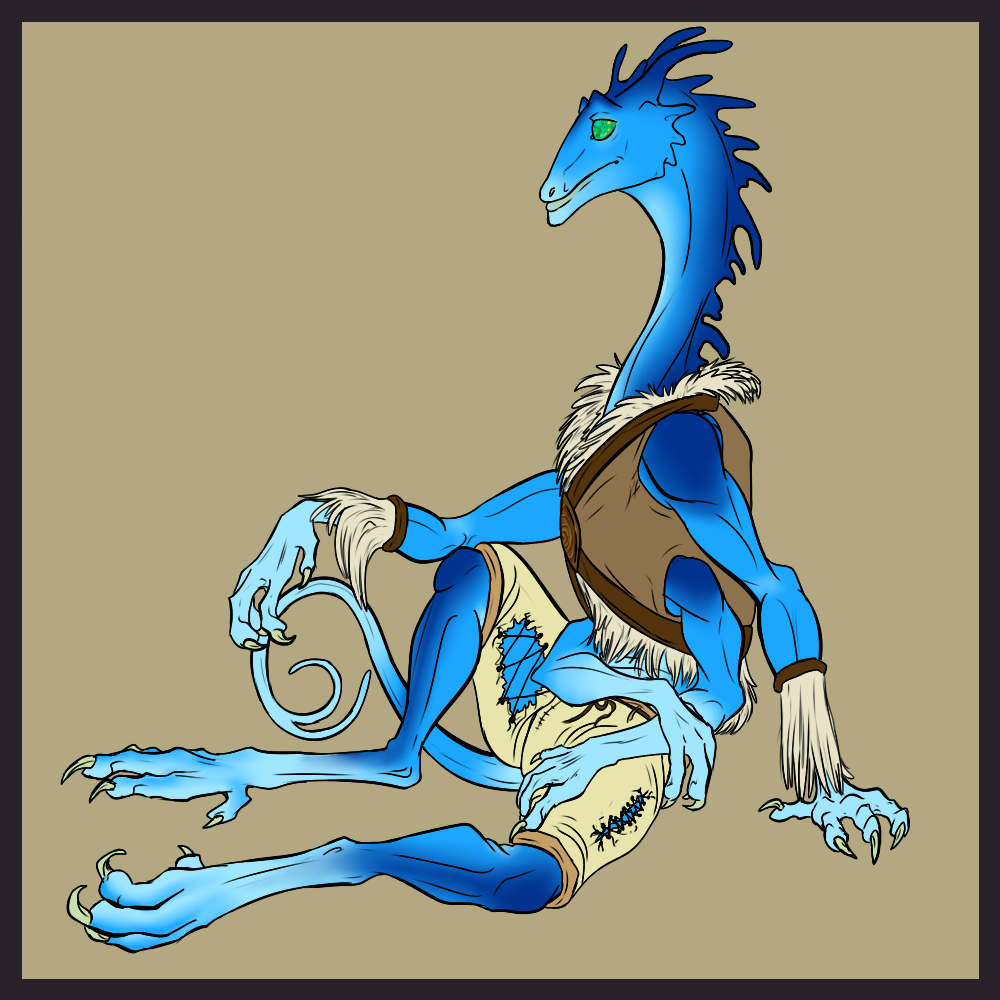 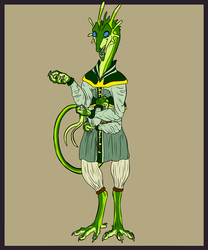 The Blue Davu shown here is a member of the Lowest Class. He's a farmer, though his clothing is of a slightly higher quality than many of the peasantry class. Since humans arrived on Pern fur has become very valuable to the Davu, and they have taken to raising their own furred animals for consumption and use. Food is very difficult to grow underground, and as such the peasantry is quite important to society. If they were to suddenly disappear the other classes would quickly starve, and collapse.

The fellow shown here farms animals for their fur, and as this has grown to be so popular he has begun to rise through the ranks.

If he continues on at this rate he will, eventually, be able to rise to the middle class.

He is currently relaxing during a lull in his work schedule, pondering events to come. He is mostly content at this point in time, but the flecks of yellow in his eyes betray the worry he feels for his family and their future.