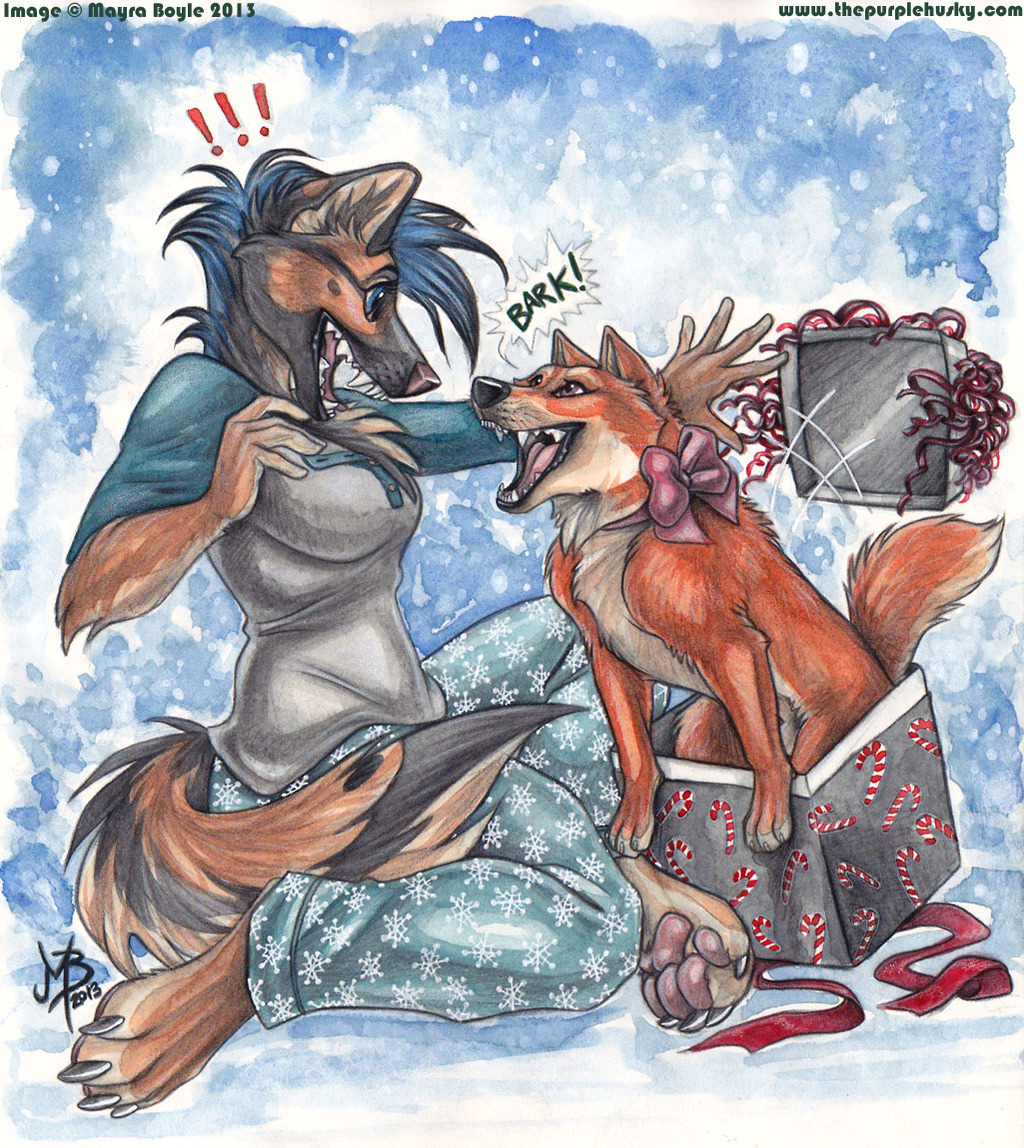 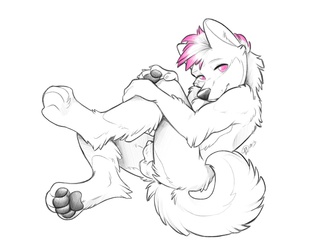 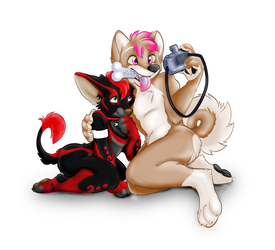 I decided to surprise someone with a gift from Huskie-Commissions on FA. It turned out very well! I love it a lot hope GothicSiamese, from FA too, enjoys it as much as I do!

To make a long story short, Huskie666 was holding a YCH auction, involved two characters. The pose was kinda lovey-dovey and told Gothic about it and if I could use Monique, the shepherd, in it. She said yarp if it weren't so lovey-dovey. So I asked Huskie if she could and she said yup. But after doing so much erasing, since it's traditional, it couldn't be done and she ended up using the original pose and a shiba girl. I loved it still, but felt bad cuz I told Gothic she was able to. So when Huskie opened up for commissions, I asked her for this and she loved the idea. Here it is!