Change of Plans by Izzyhime 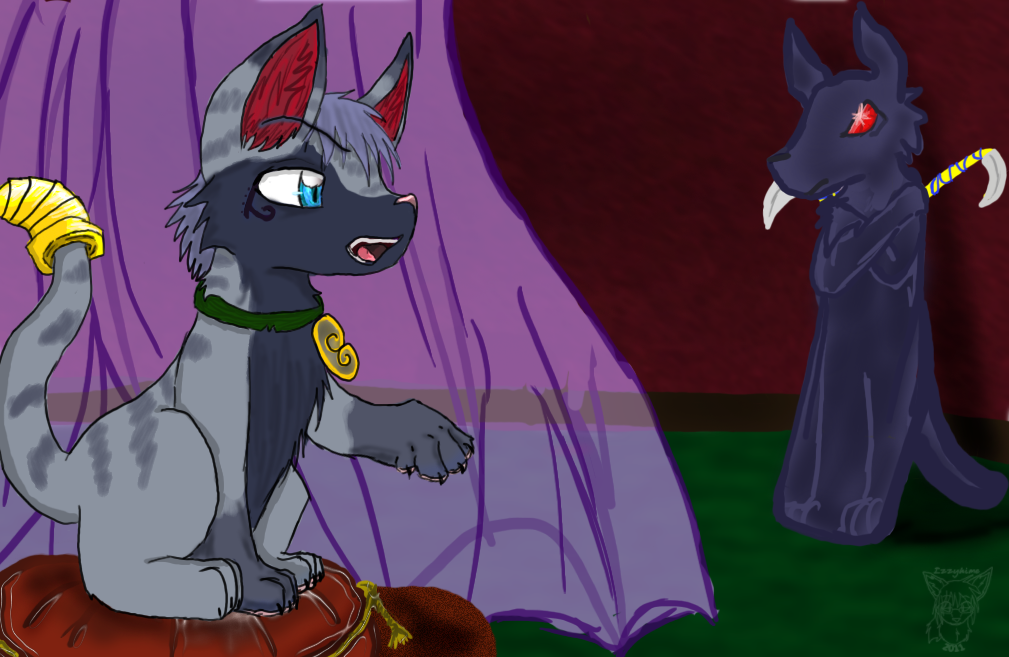 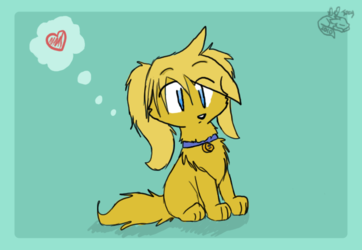 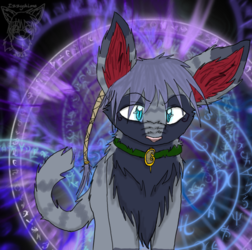 He paced with surprisingly long strides; echoing the body movement of his Sphinx ancestors. Unable to ignore the locust wingbeats of his own heart, he tried to calm himself by swishing his tail agitatedly and moving to one of the more curious artifacts in the hidden vault.

At a first glimpse, it was a rather curious anubis coffin--it was translucent; revealing the outline of the creature that had once been living. However, it seemed quite preserved, as if someone was merely sleeping inside, and its ruby-crested eyes were carved to give it an eternal glare upon anyone who gazed at it.

Garen ignored the abnormal quality of the statue, he jumped up on top of his usual pillow. It was usually kept quite warm from the tiny gap that let light sneak into the dark room. Silent, he waited for his heart to calm down a little before speaking.

"My friend, we have little time," he began. "I know that you are greedy for more freedom, for more blood, but it is better to be cautious than careless. It was hard enough trying to think of a way to blame another one of my inadequate palace guards, let alone to get that common thief and my assassin off of my tail."

Despite the silence and distilled air, the room somehow dropped a few degrees, and a sudden fleeting breeze moved the silk veil curtain that hung close to his cushion.

Mustering up a mask of calm and arrogance, he waved a paw dismissively, as if the statue had said something aloof and angry.

"Need not worry, Night Stalker. You will regain your liberty once I deal with them. The portal that lead my assassin to our time will seal, and if he doesn't hurry up and get what we need, then he will be stuck here. And if he does fail, well, we can always accuse them of the next murder," the cunning feline muttered.

Inwardly, he was beginning to doubt the plan for his secret inner rebellion. The Night Stalker was simliar to him in that he was obedient only so he would eventually obtain what he wanted, and when he, Garen, was no longer needed; well, Garren knew what would happen.

Flicking his tail once more, almost causing the golden cast to fall off, Garen left the room in a hurry this time. Time was running short, indeed. The felt the tiny grains of sand in his own special collar falling away, each second a little bit lost that wasn't going his way.

What we need, Garen realized with a sicking drop in his belly, is a change of plan.