I reject your reality and substitute my own.

Isinia, having the appearance of a half arctic fox and arctic wolf, is known as a Gosei Tenshi, but is shun from most people, labeling her a freak. She appears to be in the age of her late 20's and is heavily trained in martial arts thanks to her wolf grandparents. Her parents were long lost due to a tribal war between the hostile vulpine kind and the lupine kind. Even though she was more accepted in her lupine family, the vulpine did not like the idea of their genes being shared with their rival and started the war. She lived her life as an outcast along with her grandparents until her late teenage years. Today she continues her journey around the world on her own.

In the real world, Isinia is a computer repair specialist and gamer who enjoys playing games on just about any system except the Playstation 1/2/3. She’s from a big town somewhere close to the mountains and lives with the one who took her heart by surprise, Leyla. Her goals are to be an IT Technician but her own business is working out just fine for now. She is an 80s geek/nerd and has her fridge packed with Pepsi Throwback to prove it! I still own a Betamax player. Also forever mated to her lovely female mate in RL. ;P

If you're a good role player and want to have some fun then by all means I'll gladly join in! Sorry fellas but no medieval stuff. I grew tired of that stuff back in Furcadia. I am always up for anything, but NO sex RPs! I've had enough of people always asking me for sex. All that depends on whether the RP has plot and more to it than just sex.

In the names of the Ghodz, Heaven and Hell, everything in between, every creature on Earth, by the far reaches of the galaxy, by the inner rims of the universe and every megaverse and ultraverse, let the word be known, I am NOT interested in relationships! I'm ALREADY TAKEN! 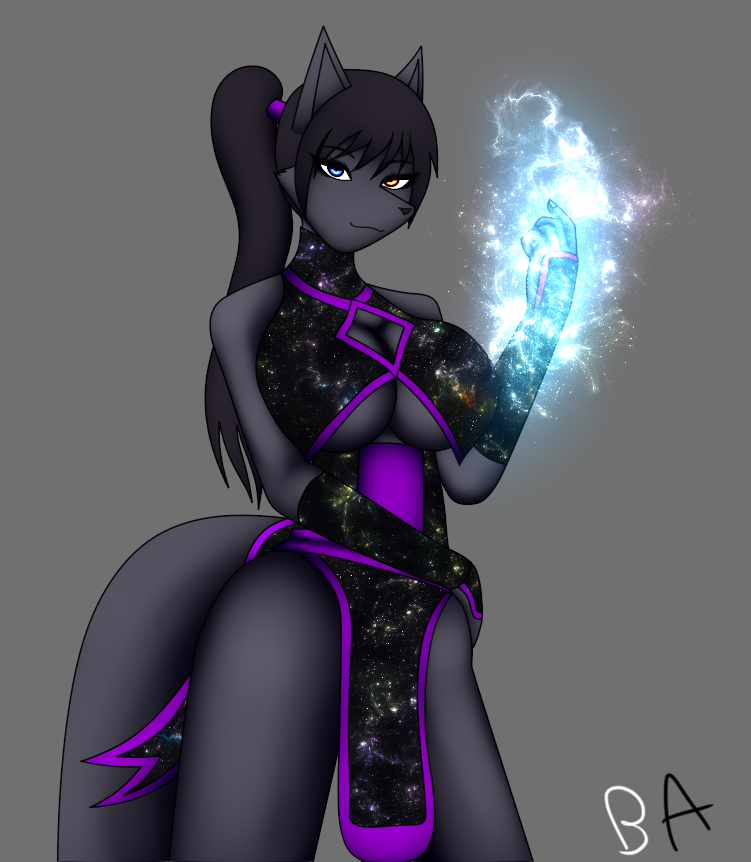