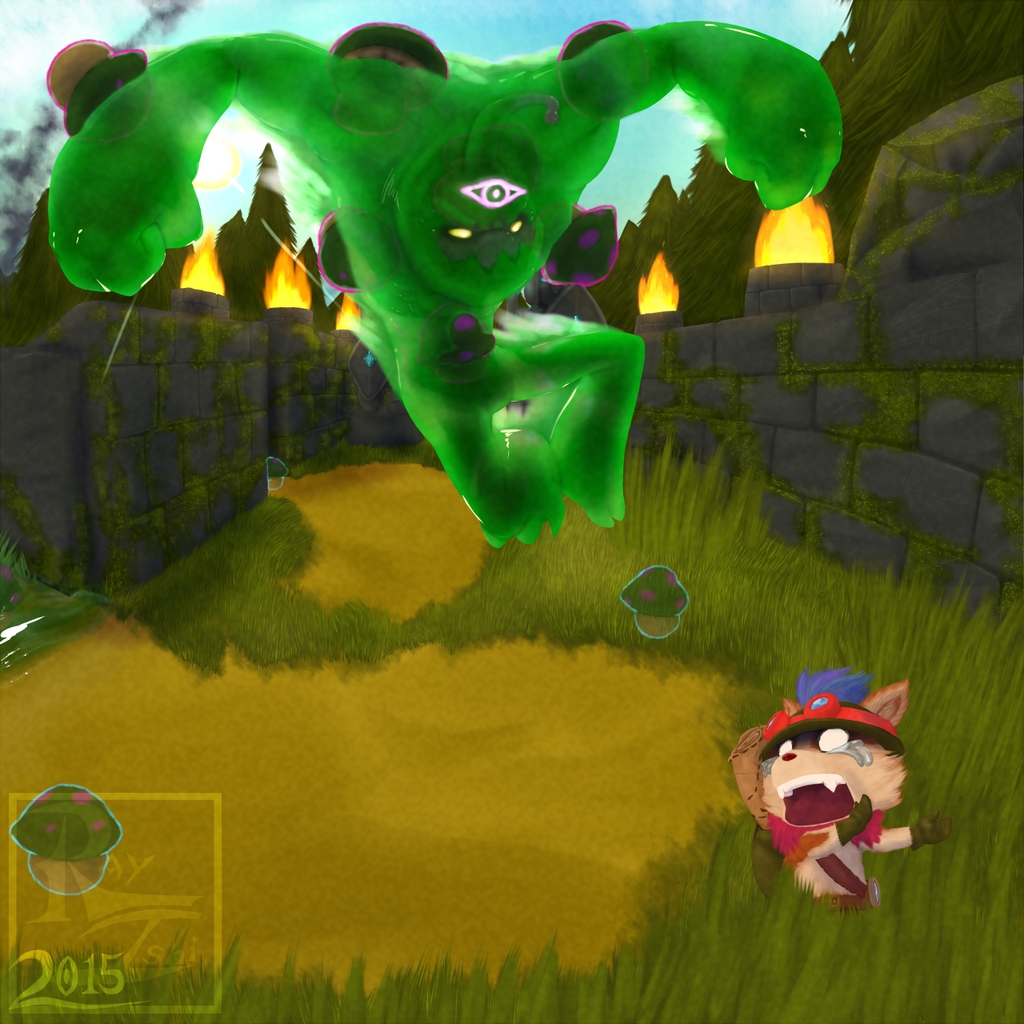 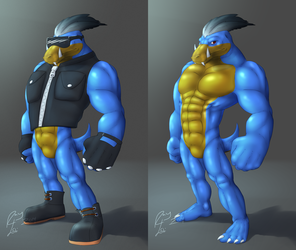 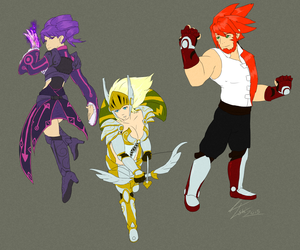 This is one way to defeat your opponent as Zac even if it the same Champs Ult. Just use your team's Teemo's Mushrooms and pick them up and then Ult anyone for a Zac kamikaze attack! TEAM WORK BABY!

Hahah, like an idea like that would work in the actual game. Though it would be funny to see it Thanks to Zac being a giant blob. Man I have to say this image took me longer to do than my other digi-paintings. Teemo took longer to do than Zac. Dont get me started on the background, though I tryed my best to say the least.