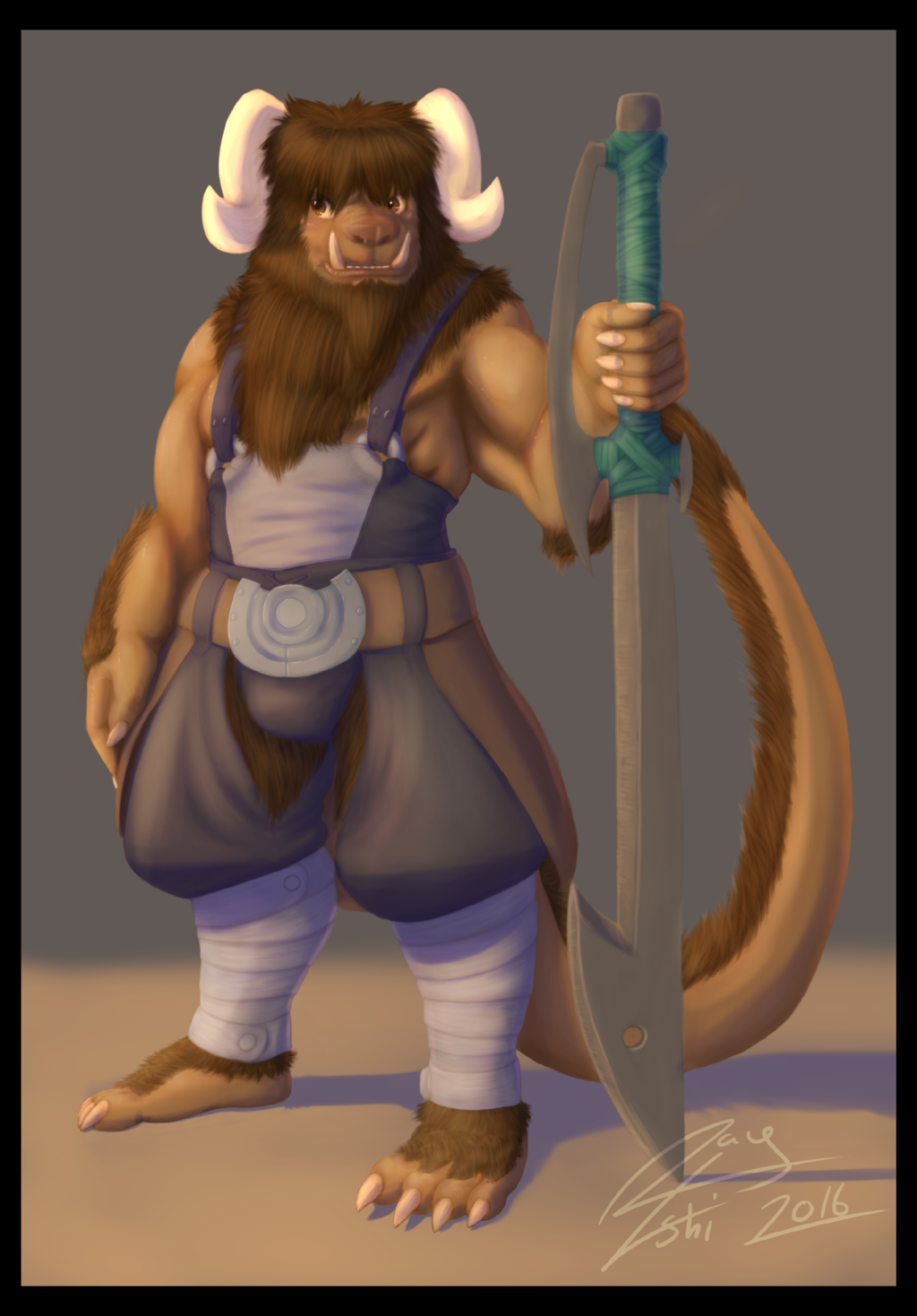 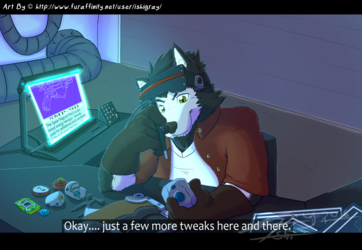 Rokkuoni a ruthless warrior who has a deep distaste of his Father Raimor. The reasoning for his hatred is that Raimor sold him off, out right. No else knows why. he and others wields the power of Earth and can bend it at will. Although using it can cost a lot of mental strength to perform. As well as how its been used by a personality. Rokkuoui mainly use it to forge a sword of stone. As long his will is strong and remains in contact with the weapon its unbreakable or else if not it can be shadder like a dinner plate.

Ahha just want to throw in what ideas i have for him so far. He does have other uses with his earth powers other than forming a sword from the earth. Rokku as i call him for short, Hes another character I want something to do as well and some redesigning. As for the idea for the world era I going along with of a "old world coming to the next future".
Also to say, I have enjoyed this version of Rokku I was having some trouble while painting this but I think I did well once i started making new brushes for this piece.