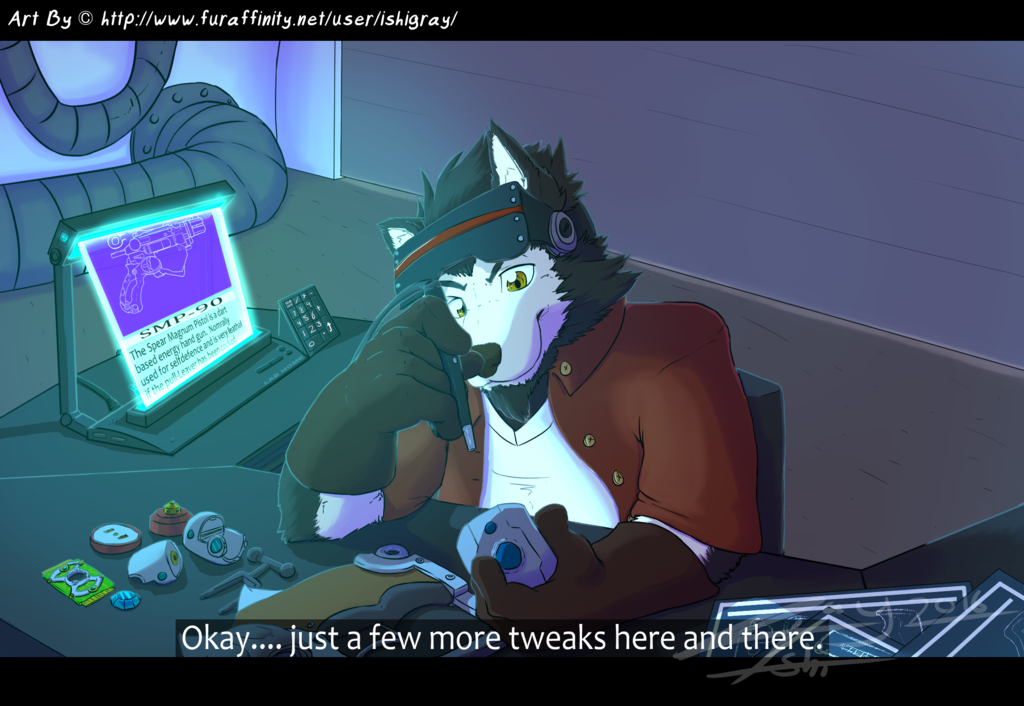 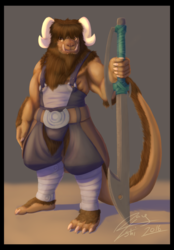 Ero is working on his first gadget or what looks to be a gun of some sort. Guess hes going to be doing something adventurous. Who know what could be done.

Just something I wanted to do with Ero. I wanted to put some character into him and not just stand and look pretty. So far Im going with the idea of Ero being a Engineer of some sort. Still baking ideas to keep it up with the main idea.