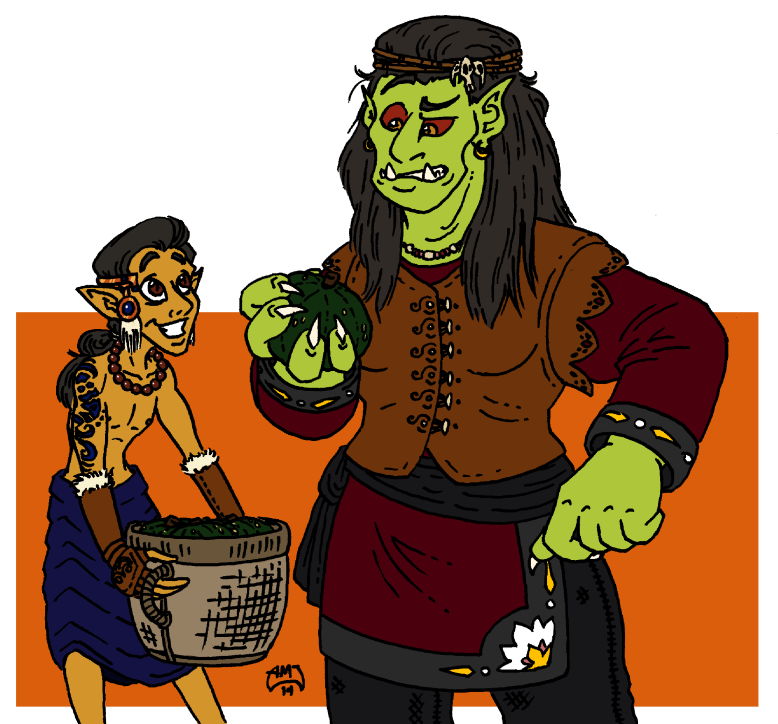 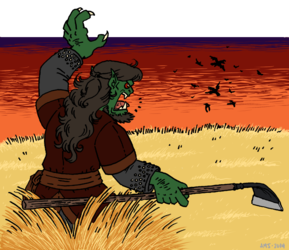 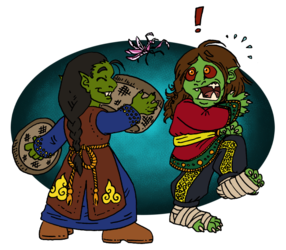 This Rhoanish merchant isn’t 100% sure whether to take advantage of the amazing deals this Usoan youth is offering to trade, but maybe his hopeful grin will help his case.

River People aren’t nearly as tiny as I’ve drawn them here, even though orcs are big, so we’ll assume duder here is still going through puberty. Don’t decide characters will be closer to the foreground than you originally planned in sketching unless you’re prepared to draw some shorties, folks!

It’s a little difficult to tell, but the Usoan kid’s arm tattoo has a fish motif, what with how they worship the River God to the Rhoanish’s Hill God and all.

I don’t know if he’s sweet on her or not. He might be! Their species aren’t interfertile but I doubt that stops people from trying anyway. Alternately he’s new at this trading business and he’s kind of worried she’ll eat him. You spend your life getting raided by big green bandits and you get a little twitchy around your new emerald friends.