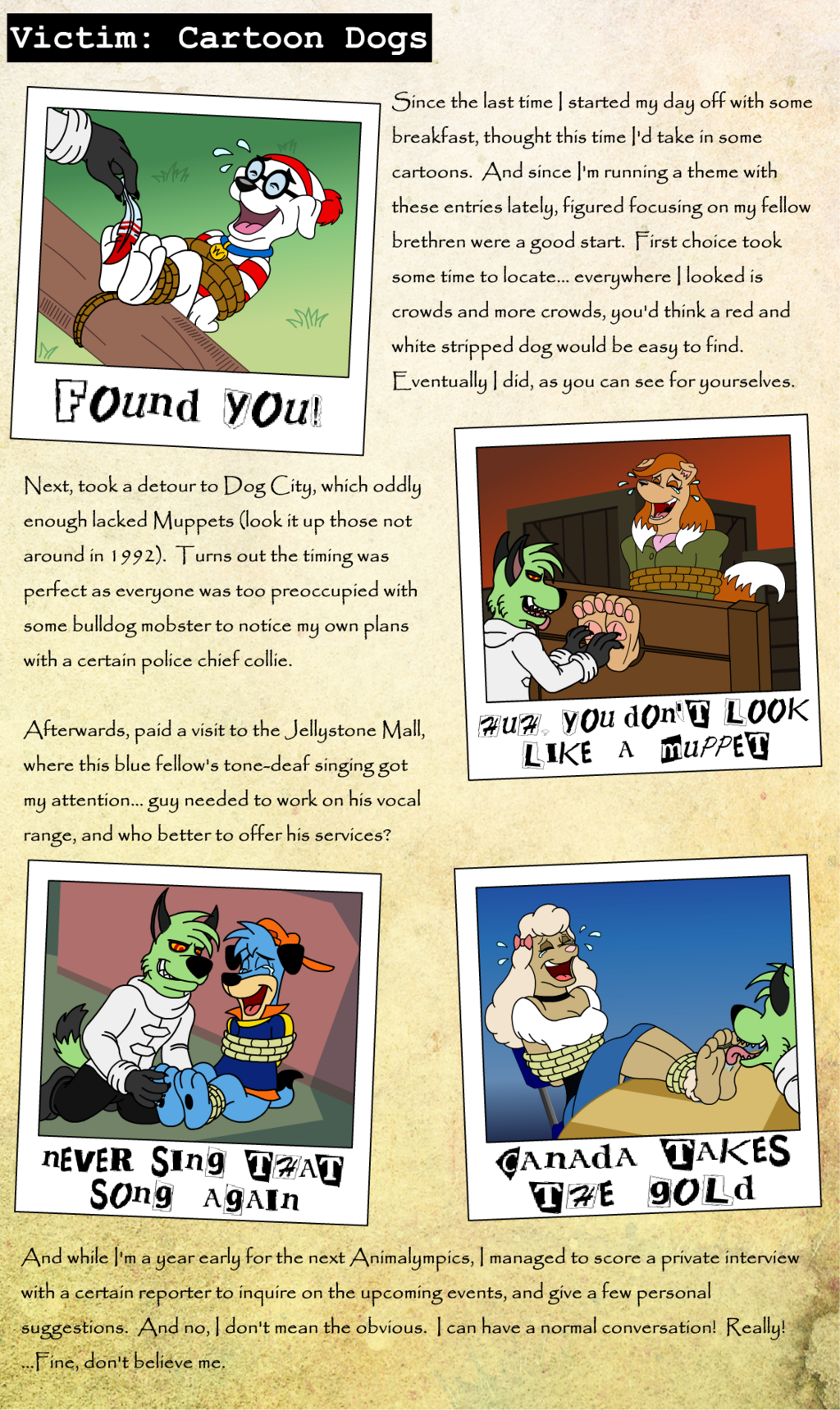 Here we go, another page finished.

Originally Colleen from Road Rovers fame was in this. But then I added Rosie O'Gravy from Dog City, and suddenly I have two collies in the entry, and unlike Rosie, Colleen is still a fairly familiar/popular character despite the smaller tenure on TV.

That's when I was reminded of Brenda Springer from the obscure 1980s shorts/amalgamation movie, Animalympics. So Brenda was added and Colleen was dropped. Woof (from Where's Waldo/Wally) and the Yo Yogi teenaged Huckleberry Hound were two characters I've had on my list since I started this series, so finally got to use them.