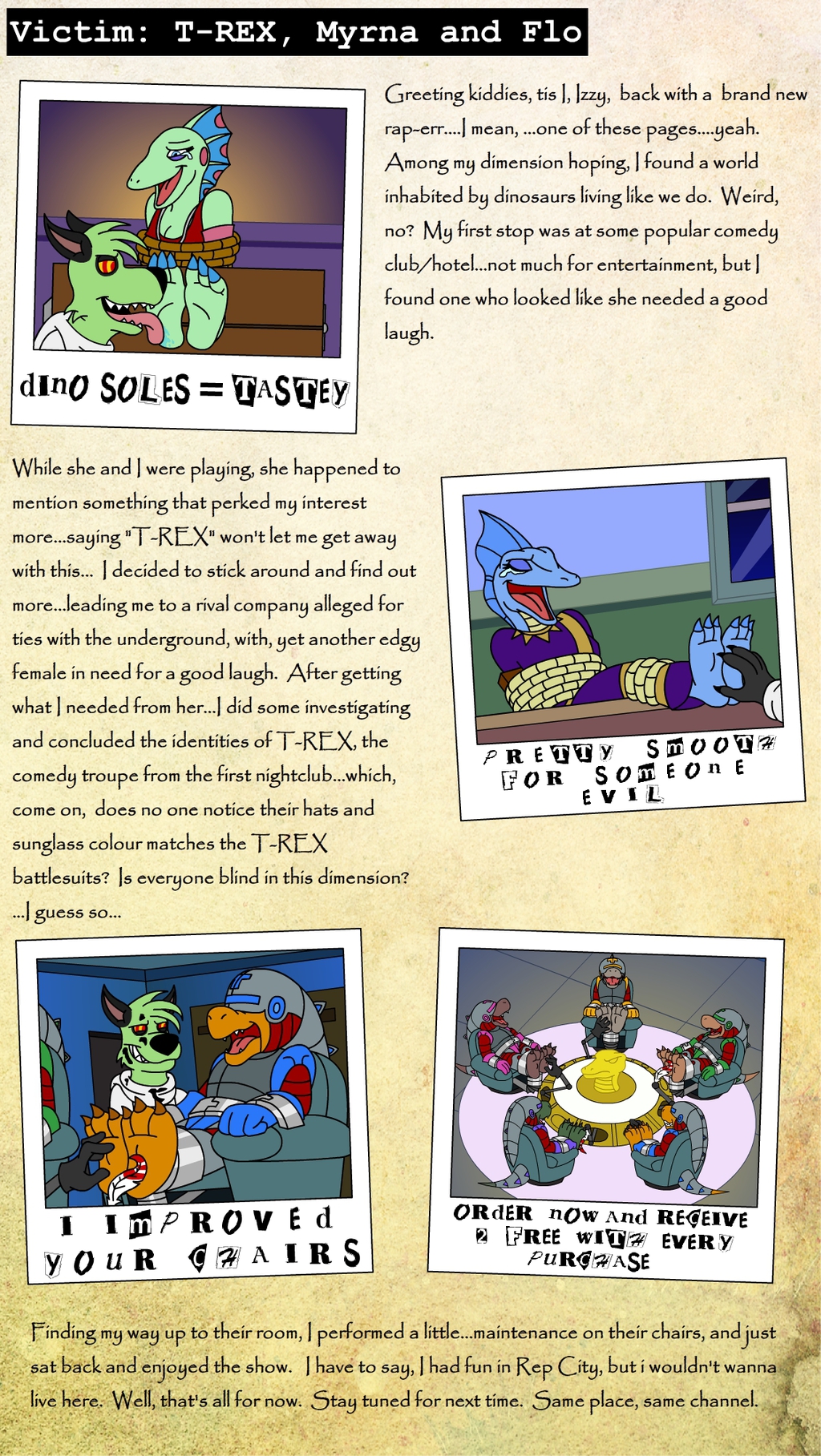 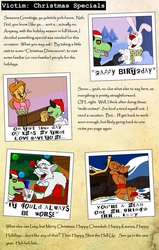 This time's pic is of the characters from The Adventures of T-REX, basically yet another anthropomorphic hero team of the 90s (this time though with dinosaurs who, when not fighting crime, are comedians). Originally I plans to just do the two female characters Myrna (The green one) and Flo (The blue one)...but having re-watched a few episodes and seeing how the T-REX guys change to costume be being strapped into these chairs that fell down a tunnel... I just had to mess around with that idea.