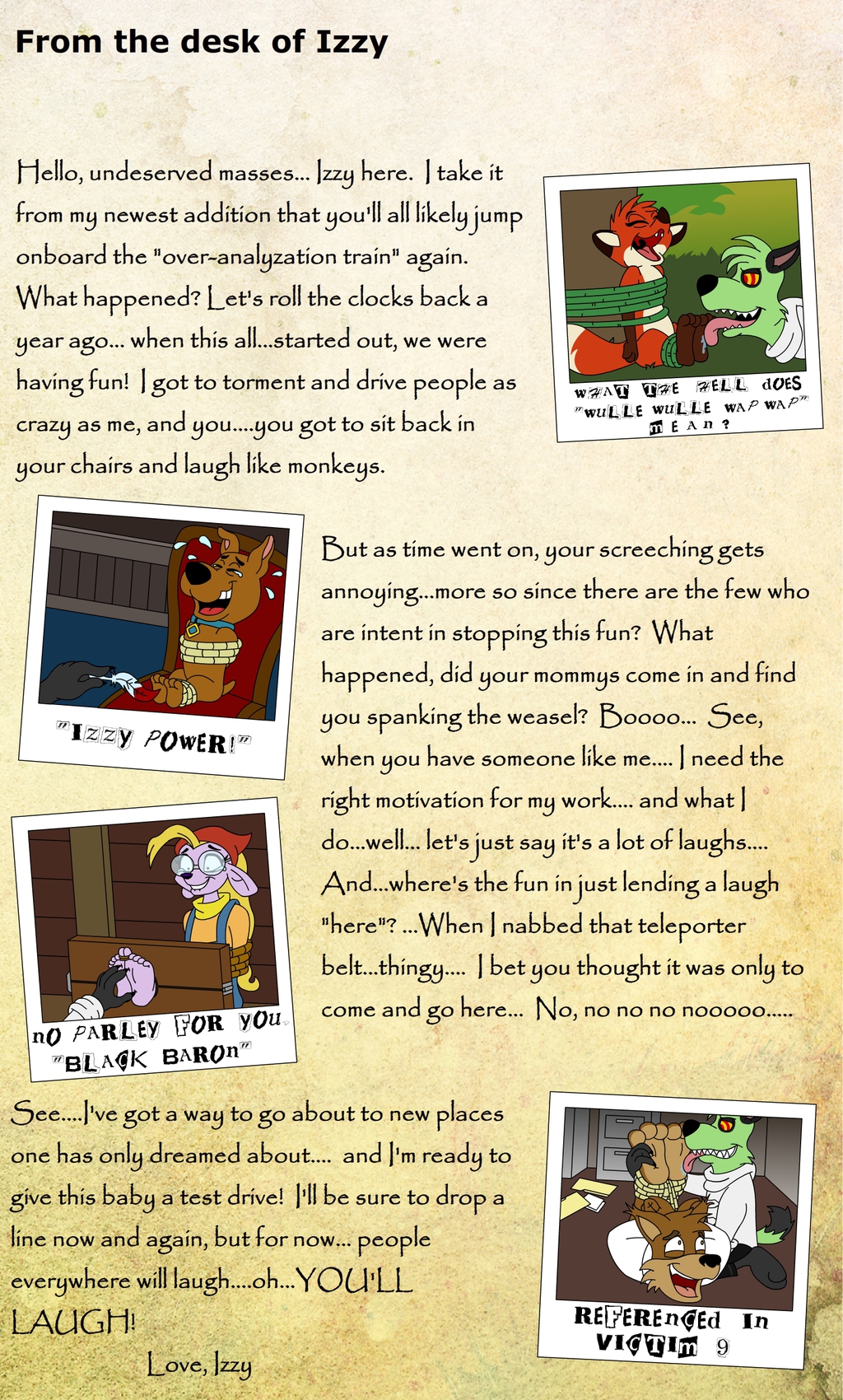 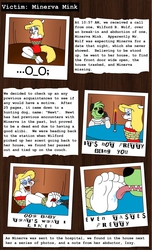 Basically my way of ushering in a new arc. And you thought that "teleporter belt" I brought up in the Rupert pic (https://www.weasyl.com/submission/306366/victim-8-rupert-bear) was ONLY just some gimmick to curve comments of his escape all the time.

Nope...in fact...Nah, I won't say anything, but rather let you see what I mean the next time I make something in the series.

Oh, anyway, since this is a midquel of sorts, I felt it would have an appeal of not having 4 pictures of 1 victim...but 4 victims of characters I thought about using, but either went with others, or PLAN to use others. So we have here Rita from the Jungledyret Hugo films, Penelople from the Sly Cooper games, Scrappy-Doo from Scooby-Doo, and even Dr. Axel from Ximon's Team Wolf makes a cameo.