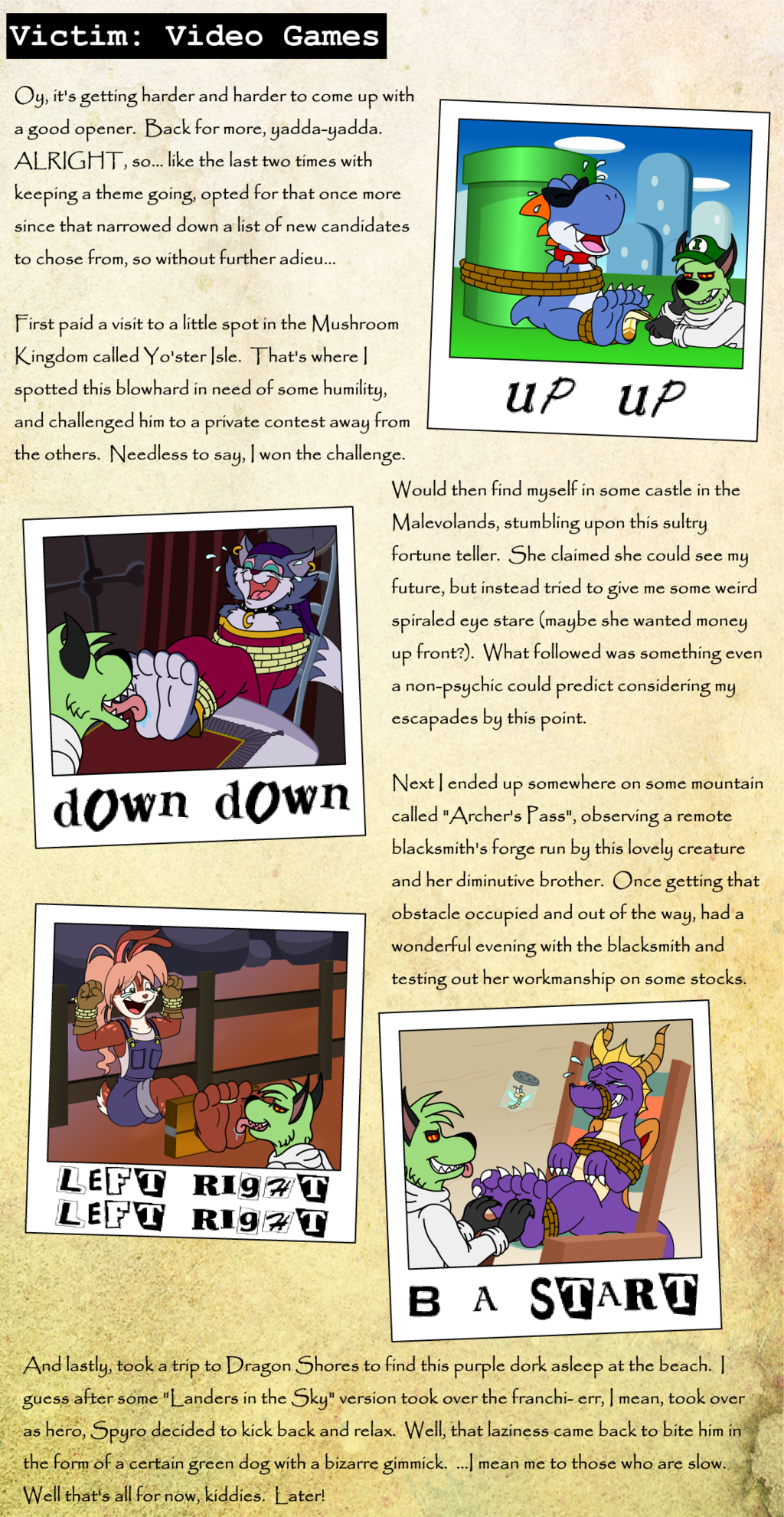 And another entry finished.

I always found it a bit odd considering the amount of Yoshi fanart that there's barely any of Boshi, namely when it comes to feet/tickle artwork. You know... considering he's the only Yoshi in a Mario game that you can see his feet/toes.

Ms. Fortune was a character I only really found out about a year ago. I mean, a sultry voiced cat fortune teller with hypnotic powers? Yes please! With Haley, it was a matter of knowing full well I had to include one of the cast in this after playing through Dust: An Elysian Tail (if you haven't played it, then go do it!), and Spyro's been on my "to do" list since almost the beginning back in 2007.