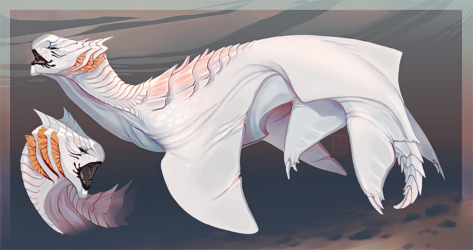 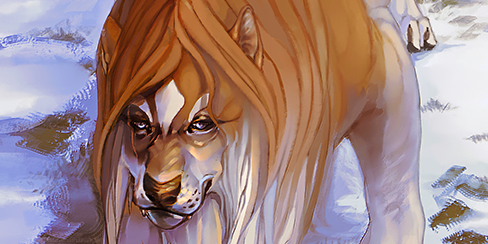 Woah, we haven't seen these beasties in a while! This has actually been laying around for quite a bit. I had the pup painted up at least a year ago, but never finished the male in the back. I've decided to put them into my headworld, but I'm still considering making the Northernbreeds available eventually since they aren't directly involved in any of my main headworld stories so far.

The Northernbreeds really needed some updates! The pup and the full grown male are both characters of mine, but they also make for good references. I haven't found names for them yet, but the large one is the pup's father. The pup takes quite a bit after the mother instead, but retains the father's blue eyes.

Coats as dark as his are very rare, and blue eyes are pretty uncommon among Northernbreeds as well. On the other hand lighter coats are more common.
Pups are also a rare sight. Females along with having a low fertility rate, are prone to miscarriage do to the harsh environment and their strenuous lifestyles. When they do, they generally only have one to two pups, but litters of three or more are rare. This pup is about 4 months old, and they generally take up to 2 years to reach their full size.

Art and species © are mine