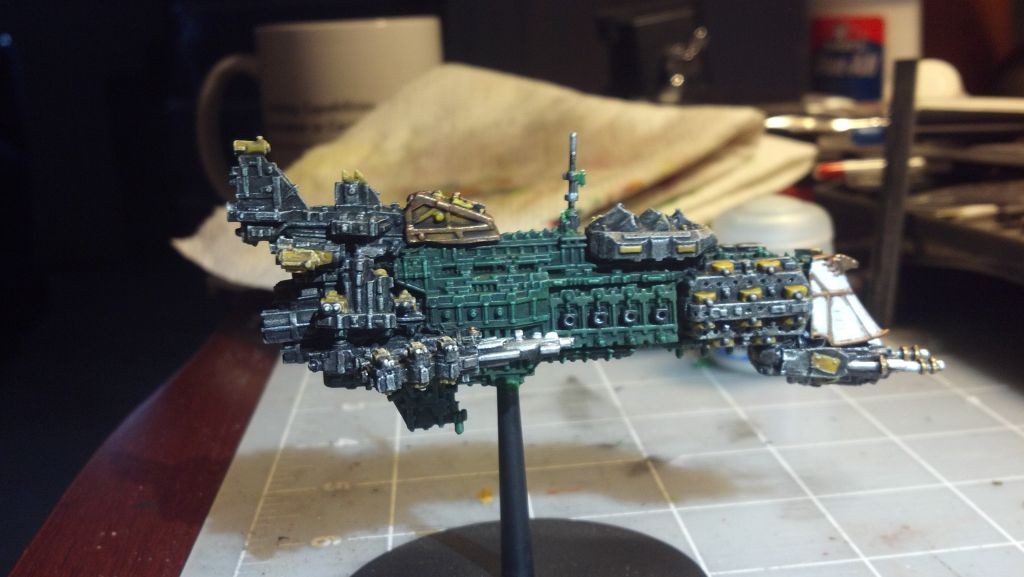 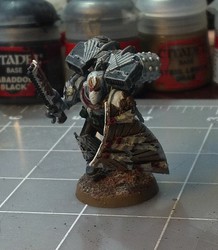 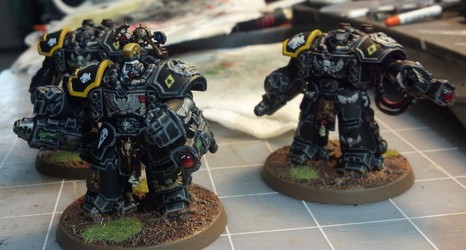 Got off my butt and threw together in proper Orky fashion this Hammer-class battlecruiser. A friend of mine asked for an Ork capital ship to borrow for a game of Epic 40k, but I didn't have a spare, nor did I have one in an unassembled state. A little work on ebay and a dip into my bitz box, and voila, one Ork battlecruiser. :)

The Hammer-class more than any other Ork ship shows its origins as a once proud Imperial vessel, as can be seen here. I painted the Imperial cruiser hull that is the core of the ship in Battlefleet Gothic colors. A little work with a saw and an Ork Ravager-class escort got me the bridge. Bitz left over from my Ork battleship became the dorsal launch bay and the batteries of Gunz on the side as well as the underbite of bombardment cannons/torpedo launchas. An Ork Kill Kroozer donated its 'wing' (which had to be sawed in half) and its side gubbins for the 'wing' and rear assembly here. For painting the Ork bitz, I went with mostly metals, but the colors I used Bad Moon yellows, because who else in Ork kultur could afford to refit a wrecked Imperial cruiser? ;)

So now I have a spare ship for my buddy to borrow. I am looking forward to surprising him with this. :)