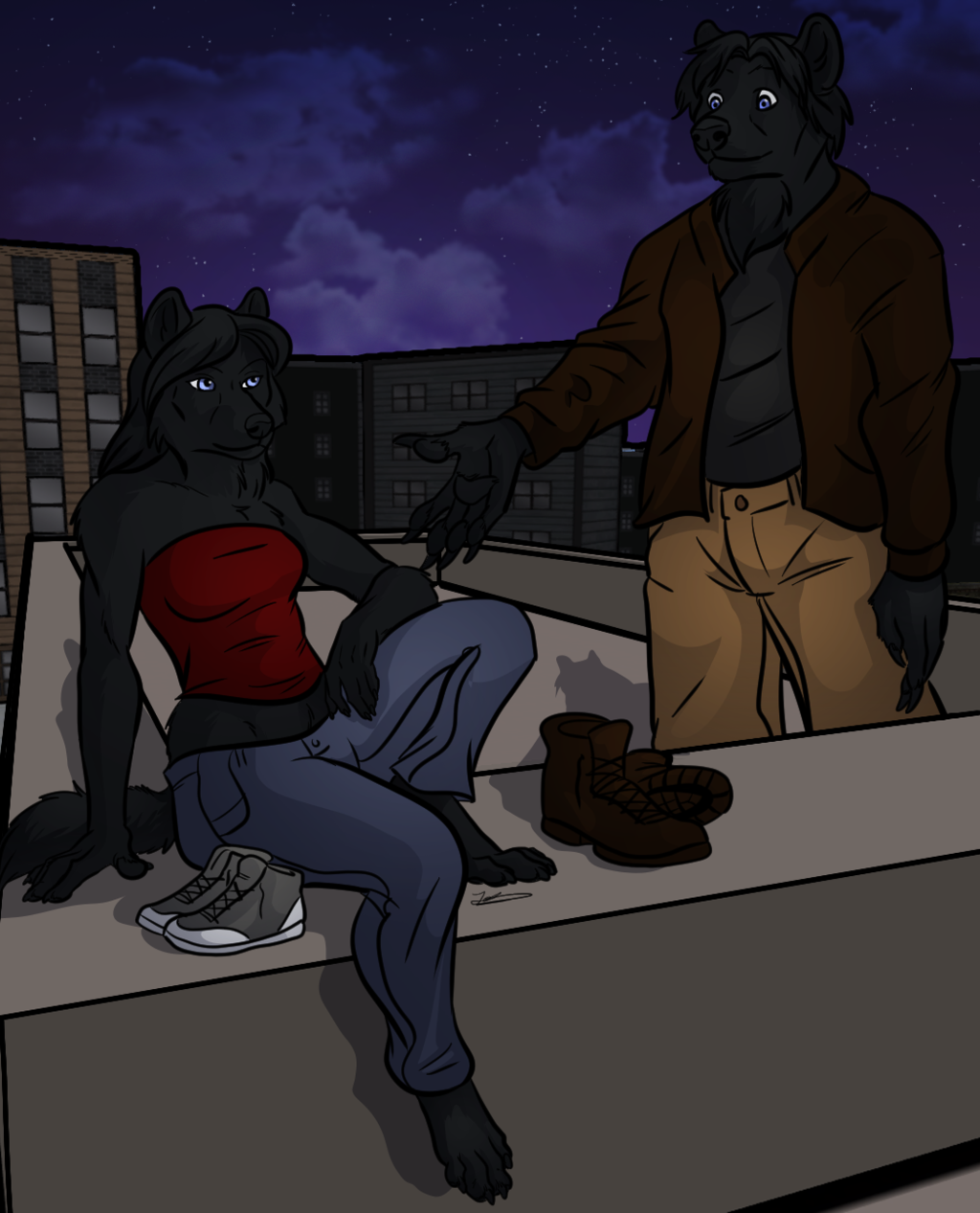 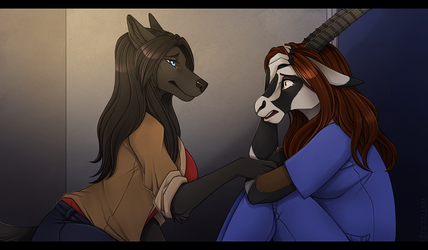 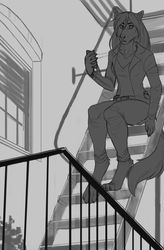 Logan sat on the rooftop looking out over the city, her shoes sitting beside her. When she'd gotten up here she'd changed under the light of the moon. It always seemed easier when the moon's light touched your skin. She took off her shoes since her werewolf feet wouldn't fit though the rest of her clothes weren't a problem. One thing she'd learned about being a werewolf was that usually your clothes didn't rip like they do on the movies, but the fact that Hollywood tended to fudge a few things was no surprise to her. She imagined they'd never seen a real werewolf before anyway. Tonight wasn't a full moon, but she'd felt the need to be in her wolf form tonight since she'd had a little bit of a date. Kameron didn't know, nobody knew. She'd met someone, someone like her. They seemed different somehow.

In reality, she didn't even know his name. She just knew his touch and how it felt when they were together. Logan had met this brown wolf on one of her nightly excursions. As a private detective late nights weren't anything new to her, but since she'd become a werewolf she reveled in them. When they'd met they'd exchanged few words. He'd been injured and she had tended to his wounds. The first night she'd never even learned his name, but she knew his scent. The next night she found him again. It was the first time she'd been been intimate as a werewolf. During the course of their lovemaking she'd found that their claws had the capability to cut into solid stone.

Her mystery wolf was the first of her own kind she'd met that hadn't tried to kill her, though admittedly her sample size was pretty small at this point. She didn't know why she hadn't told Kameron or Abby about him, but part of her wanted to keep him to herself for a little while longer. She guessed that neither of them could smell the same way wolves could or they'd have said something, but it wouldn't last forever.

As she felt the breeze blow over her fur and shoulders she sensed a familiar presence. "How long have you been there?"

"Long enough," Kameron said. "You shouldn't be out here. Not while Kane is looking for us."

"I just needed some air."

Kameron placed his boots beside her. "I know the feeling. As someone who's been a were since he was seventeen I understand about the need to let loose every now and then. The animal inside of us, it's a part of who we are. We can't deny it any more than we could separate it from ourselves. However, now is not the time to invite trouble. Let's go inside, before someone we don't want sees us like this."

Logan grabbed her shoes and felt her feet touch the concrete roof. The cool sensation on her paw pads reminded her of how much her life had changed since she'd been only human. She laughed to herself. Only human was what they called 'normal' people. Werewolves and other such things, they weren't another species, but they were more than just homo sapien now. Kameron opened the door and entered the stairs first, boots in paw. Logan looked over her shoulder and caught a familiar scent in the air. Her companion was watching her. She closed the door behind her and descended the stairs.