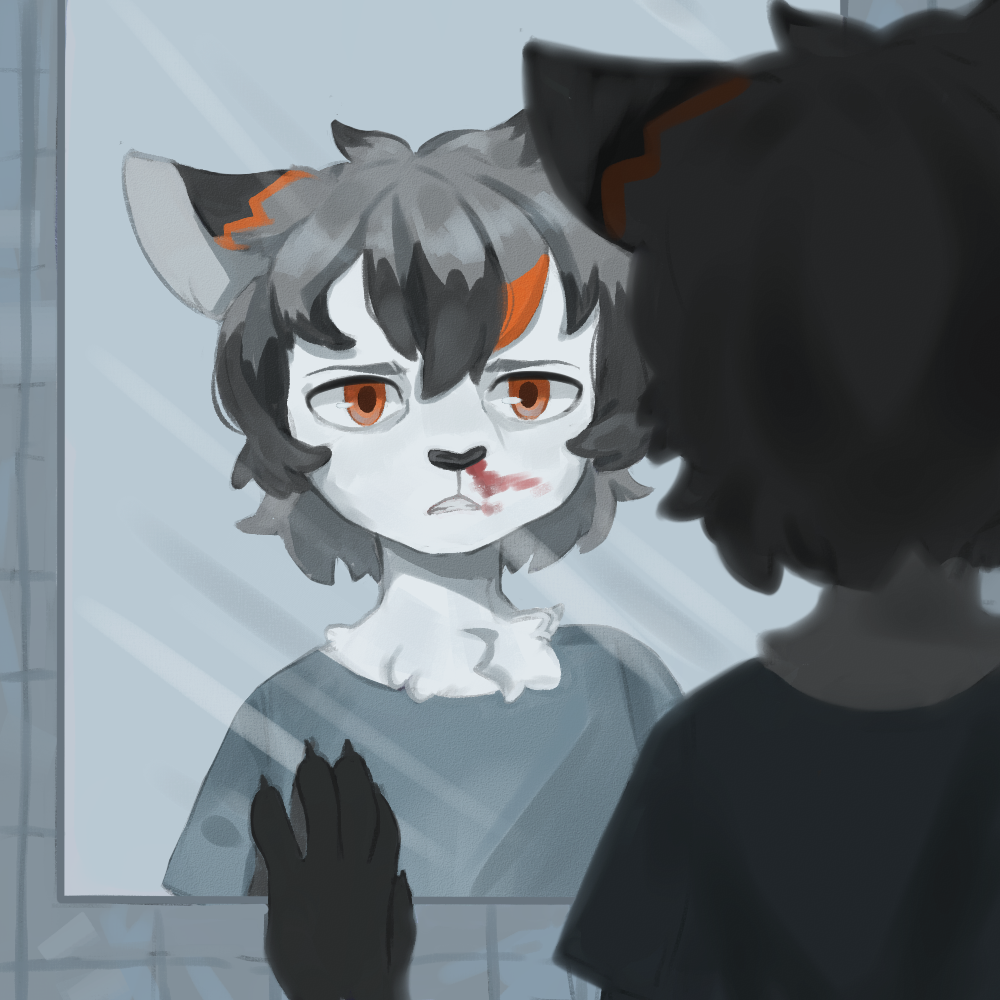 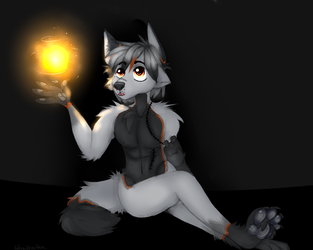 Art by Liarbunny on FurAffinity

When Ion was younger, he was always picked on at school. He had a few friends he spent his time with but that didn't stop kids from harassing him. But he always would stand up for himself often getting into fights and knocking the other kids out. Even though almost always he didn't start the confrontation, Ion was quick to use his fists. This got him suspended a lot with his parents not know what to do with him, as he was suppose to carry a noble line and acting violent was not how they should behave. Here Ion is just using the bathroom before he leaves school after getting suspended for fighting. He looks into the mirror inspecting the damage he took as he was frustrated with himself for getting into another confrontation, quietly worrying what he was going to tell his parents and what the outcome would be