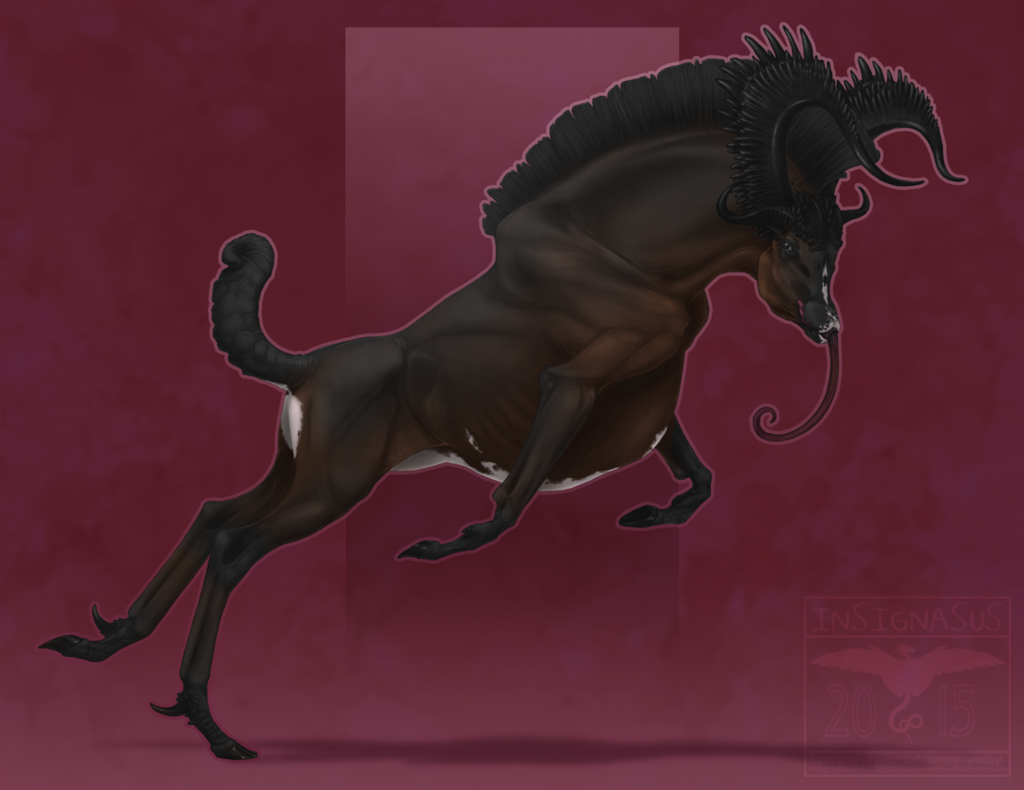 Originally started as a doodle in my sketchbook, later turned into a greyscale practice in photoshop. The idea was to play with exaggerated proportions and a decorative head. The first color tries were a lot bolder an unnatural in color, but in the end I decided to go with a more horse like coloring with markings inspired by my favorite antelope.