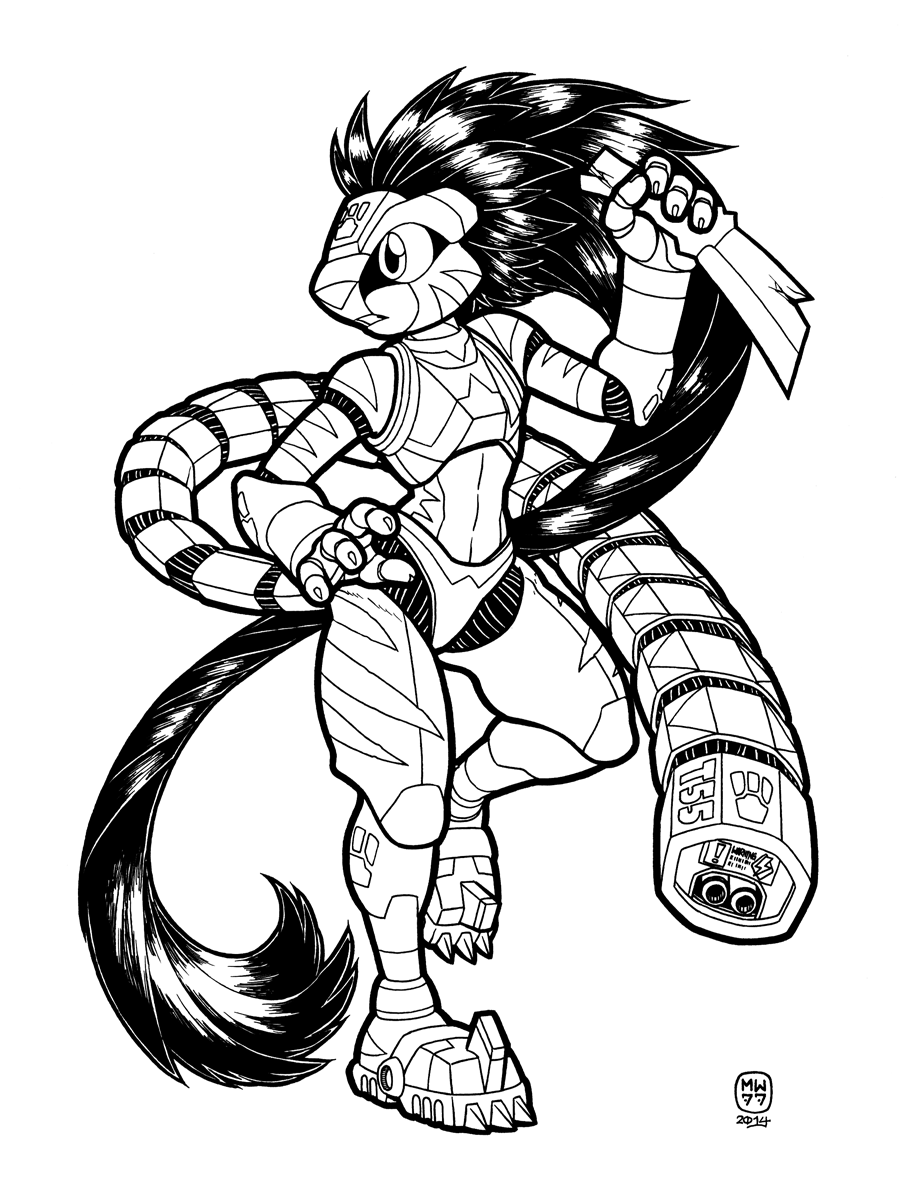 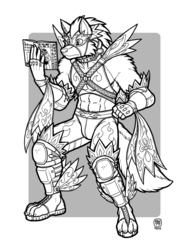 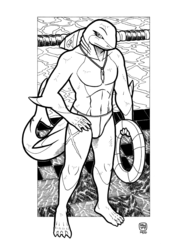 In this isolated city, a huge coliseum is located in the middle which can be seen from afar. And like all coliseums, there's a champion. Her name was Tigre55.

Tigre55 (T55) was made to fight, for a good cause. She always participates in the weekly battle arena to win money. All the rewards will be donated to her only charity; an orphanage that she's taking care of, which is also her home.

Tigre55 was a fierce battler, her speed and skills are unmatched by any other bots, and her ability to dismantle other bots' parts to use as makeshift weapons. The children from the orphanage cheer for her, which made her motivated to win the tournament more no matter what the cost.

One day, Tigre55 faced a new opponent. She's never seen such opponent before. Could be from outside the city, perhaps?

The opponent looked strong, wielding a sharp sword and that soul-piercing glare in his eyes. Never before she felt such intimidation from the enemy's presence, but she must not show fear in front of the children, as their future depends on her.

It turns out Tigre55 is about to battle Jackal79, who happens to learn about the tournament and joins to win for survival, too. Will she win?