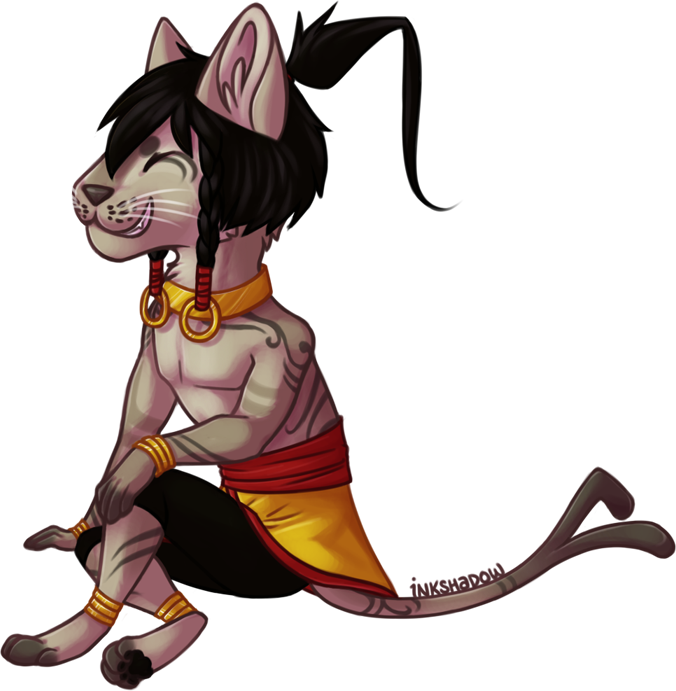 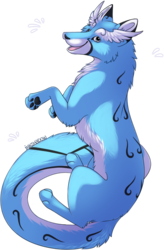 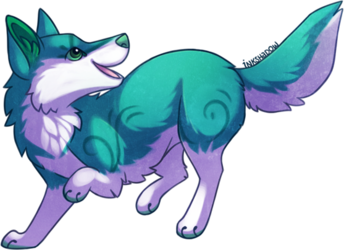 A chibi of a character whose original design I purchased from my best friend Morgan ( shootitout on dA )!
I had my eye on him for months before I finally caved in and got him. |D

Torshan also has a slightly more oriental-shaped face, but it's hard to tell whenever I draw him because his hair has a tendency to cover up his sloping forehead. >:I
He's fit and well-muscled, but doesn't bulk up very well. He is also very short, standing at 5' 5" when rounded up. =w=

I'll write more about him whenever I get around to doing his reference sheet, but basically, Torshan works as a ring fighter that you can place bets on. He only knows hand-to-hand combat and is pretty hopeless with a weapon, however. |D

He's a really relaxed sort of person and easily forms friendships and rapport with other people. Torshan is also very cheeky and enjoys joking around and poking fun at both himself and others. He can often be found after work hours just chilling on the dirt floor with his fellow workers. uwu

Despite the nature of his job, Torshan loves looking good. This isn't to say that he dislikes getting dirty, but rather that he enjoys spending extra time cleaning and dressing himself up, so that he looks his best. Gold bangles are a favourite jewellery of his. :b

I'm really happy with how everything turned out in this chibi! ;u;
Hope you like as well! ♥