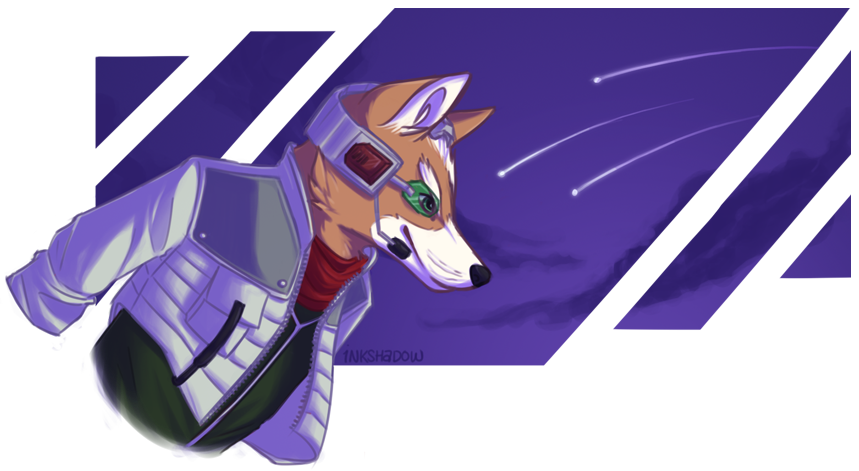 Trying to draw more things just because, like I used to when I was younger. uvu

Fox McCloud because no reason in particular haha.
I've never played Star Fox and it's never interested me, but. Fox is one of the characters I regularly play on Super Smash Bros. Brawl- although I will play Snake, Ike, and Link much more often than him. |D;

Really glad I did a background though ( however small it may be! ). ;w;