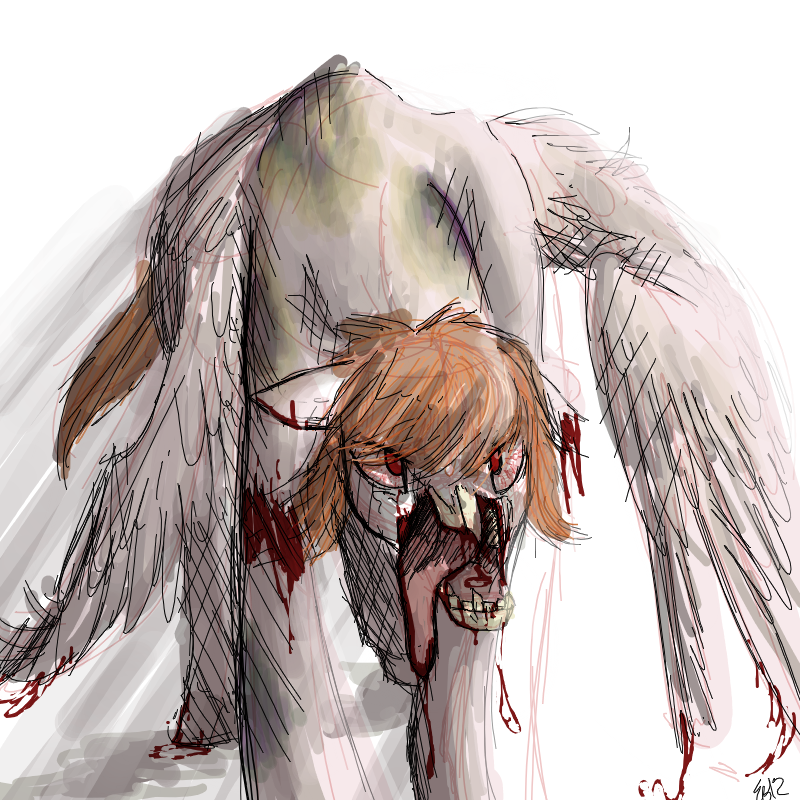 Copy and pasted from my tumblr 'cause I'm lazy!-->

TUMBLR NEEDS MORE ZOMBIES and thus far ( that I know of at least ) I've only been able to get one or two people to draw their ponies or characters as zombies. It makes for a bad zombie apocolypse with only one or two zombies, y'know.

SO I WILL DRAW YOUR CHARACTER AS A ZOMBIE FOR ONLY TEN BUCKS.

Ten bucks gives me free reign. I promise your picture will always be finished, but it may end up anything from a sketch to a full color and shaded picture, depending what I do. They will all be full-bodied. The above picture is an example of the LOWEST TIER quality, so you get an idea of what you'll be getting at the very least. Chances are your commission will be better than that!

Want one? Just send ten bucks to my paypal address aaneski@gmail.com ( NOT AS A GIFT ), and then send a email to that very same address with your character reference, name, gender, and what level of zombieness you want.

The editions are FRESH MEAT --> You pretty much only just got bit. You've not decomposed TOO much, and you're mostly still entact. Just kind of hollowed out looking and monstery. This is if you want to join the parade but are a little squicked by too much violence.

and AGED WELL --> You're probably one of the first zombies to start this thing. This is for those of you that don't mind a little dirt and excess gore -- blood, guts, hanging entrails, mold, ect! Pretty much, this is the more violent version.

I work today so I'll stream these tonight. IT DOESN'T HAVE TO BE PONIES, I'll draw everything EXCEPT FOR humans. If your character is anthro I reserve the right to make it nonanthro.

OPEN TODAY ONLY SO HURRY UUUUP LET'S GET OUR MOVE ON. There's no *SURVIVING* a Zombie Apocolypse, that's just madness, so we just have to join it!